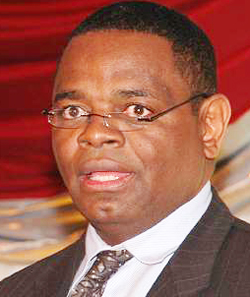 IT IS not ironic that the output of only 300 million Americans in a year exceeds the output of 1 billion Africans yet we all have the same privilege to use the donated 24 hours in a day?
IT is customary and perfectly reasonable to hold the view that traditional business schools and the knowledge imparted therein arm one with the requisite skills and analytical mind to succeed in the real world of business yet the reality suggests otherwise. Empirical evidence shows that business success is less related to the practitioner’s academic background and theoretical knowledge of business than the commitment to and actual service delivery. School dropouts have excelled in a world in which customers are the judges.
The role of business in delivering the promise of an inclusive, prosperous and equitable society is often grossly misunderstood even by the so-called thought leaders. The illiteracy that pervades many societies about the true nature and purpose of corporate personalities has tended to limit options that advance human innovation and creativity principally because human creations can never be expected to be independent of human life.
A legal persona’s ability to add value to the human experience is inextricably linked to the actions of the very human being that does not understand the simple principle that aggregation holds the better promise to least cost solutions. In an undeveloped state, the concepts of property, legal personas, and the rule of law do not mean much but without them, the prospect of addressing the triple challenges of poverty, unemployment and inequality is limited.
The importance of the rule of law becomes pronounced when one critically examines the volume and value of goods and services conveyed through the intermediation of artificial legal persons. Without the existence of the law, it is impossible for many institutions we now take for granted in the human world to exist.
There is no evidence that before the arrival of the settlers, that we had our own heritage of institution building founded on the principles that were openly inherited at independence without fully comprehending the consequences and obligations therein. It is the law that gives birth to juridical persons, STUPID!!!
For any entity to have legal personality it must be capable of having legal rights and obligations within a legal system including the right to enter into legal contracts, sue and being sued. It is a sine qua non to in order to have legal capacity one must have a legal personality which then confers the ability of the legal persona so created by law to negotiate rights and obligations.Advertisement