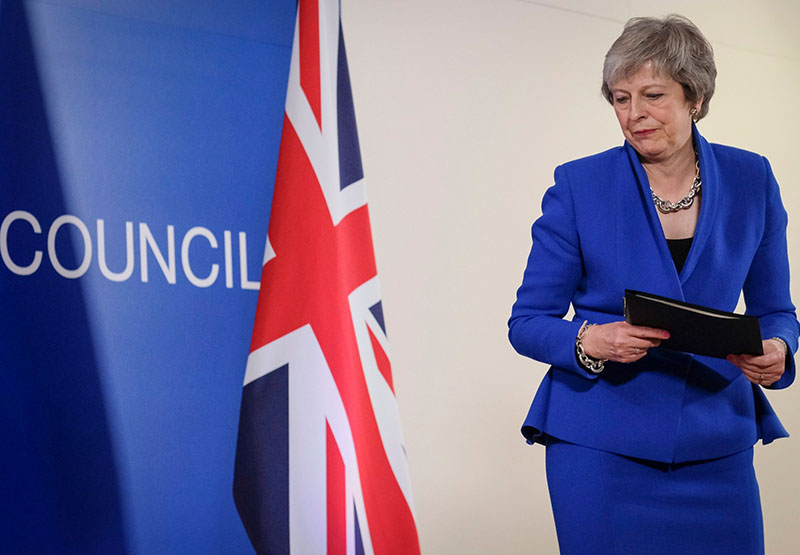 THIS could be the week that everything comes together on Brexit  or everything falls apart.

After months of refusing to cede barely any ground on her plans for leaving the European Union, UK Prime Minister Theresa May is likely to find control of Brexit is taken from her hands.

Amid talk of a Cabinet coup against her and hundreds of thousands of people marching to demand a second referendum  as well as a petition to cancel Brexit altogether reaching five million signatures  the Prime Minister would be forgiven for wanting to relinquish some control.

Lawmakers will vote Monday night on whether to come up with alternatives to the Prime Minister’s Brexit deal, which has twice been defeated in the Commons.

If this motion succeeds, they will take part in a series of indicative votes on as many as seven options on Wednesday  including a second referendum and a hybrid of May’s existing deal that would keep the UK in a customs union with the EU.

Incredibly, while Brexit has dominated the British political agenda for months, Wednesday two days before the original leave date of March 29 will be the first opportunity Parliament has had to choose from a menu of alternative options to May’s widely-criticized deal.

There have been previous attempts to vote on a second referendum, but there has been no broad test of parliamentary opinion on a wider range of Brexit plans.

If any of the alternatives wins the support of a majority in the Commons, they would not be legally binding — they are, after all, only indicative votes.

However, given the Prime Minister’s weakened authority, she would be under pressure to accept the outcome to work towards a compromise solution.

This doesn’t automatically mean a second referendum will win the support of a majority in the Commons, but Hammond’s words show the idea continues to gain momentum.

And given a softer Brexit deal could potentially split May’s Conservative Party, another general election could be on the cards.