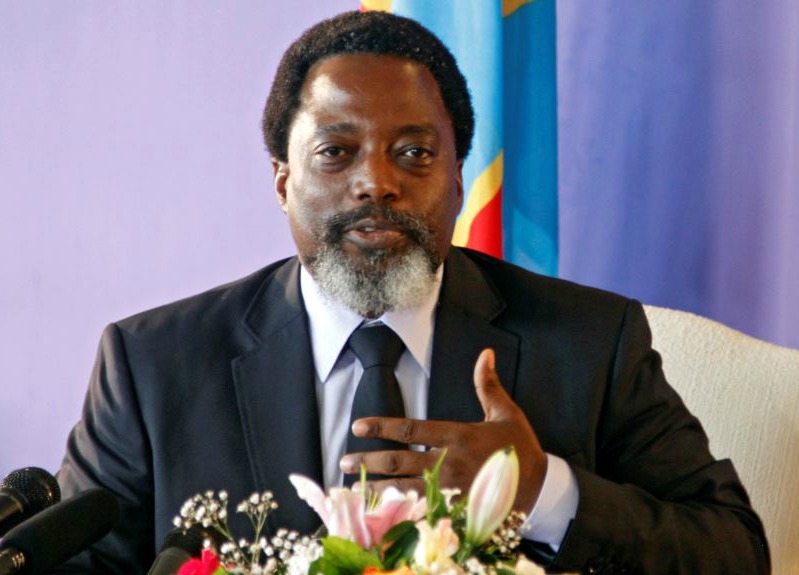 Scores of polling centres had not yet opened hours after Democratic Republic of Congo’s presidential election began, the electoral commission chief confirmed on Sunday, as he faced shouts of “We wanted to vote!” and frustrated people walked away.

Delays were reported in other polling stations in the capital, Kinshasa, and other parts of this vast country. The election is DRC’s first chance to have a peaceful, democratic transfer of power since independence in 1960 as longtime President Joseph Kabila steps aside.

DRC’s electoral commission chief told The Associated Press that 49 voting centres were still waiting for voters lists. “We have printed lists for 29 of them and the rest are being printed right now,” Corneille Nangaa said while hurrying from centre to centre, at times handing out the lists himself.

Hundreds of people waited at the Saint Raphael centre in the Limete neighbourhood of Kinshasa. “We are waiting to know who is supposed to vote where,” polling official Christian Mwangalay said. At least 6 000 people were expected to vote there. Dozens of young men decided to practice voting, piling ballots in a basket.

At stake in the election is a country rich in minerals including those crucial to the world’s smartphones and electric cars, and yet DRC remains desperately underdeveloped. Corruption and insecurity are widespread.

Unrest had been feared after a last-minute decision to bar an estimated 1 million people from voting because of a deadly Ebola virus outbreak in the east. The decision has been widely criticised as threatening the credibility of the election.

In Beni, where voting was postponed until March, long after DRC’s new leader will be inaugurated in January, a few hundred protesters staged mock elections. People cast paper ballots and many sang in Swahili, “Voting is our right and nobody can stop us.”

Beni residents said they and others barred in Butembo city should have the right to have their votes counted.

Jacob Salamu, 24, and others washed their hands before voting as a protection against Ebola, which is spread via infected bodily fluids. “We do not have Ebola. Kabila is worse than Ebola,” Salamu said.

They will send their voting results to the electoral commission, he said.

The delays has been widely criticised as undermining the credibility of the election, while some health workers have said it politicises the outbreak and puts them in danger. Some protesters in Beni have attacked Ebola facilities.

A rainstorm began on voting day in the capital, flooding some streets.

Kabila and Shadary voted together at the central Gombe Institute polling station.

“My message today to my compatriots is to come and vote for their candidates and brave the rain,” Kabila said.

Shadary called for “peace and calm,” adding “I am very confident in victory.”

“Today, we are writing the end of Kabila, the end of misery for Congolese people,” he said as he cast his ballot. “DRC will stop being the laughingstock of the world.”

Although electoral officials have estimated that people could vote in one minute, the process was taking several minutes per person, causing concern.

“People are supposed to take one minute to vote, we cannot afford this,” said Francoise Tshiela, chief of the Gombe centre.

DRC’s 40 million registered voters are using electronic voting machines with touch screens for the first time amid opposition concerns that the results could be manipulated. Some Congolese observers have said voting materials didn’t reach some polling stations in time.

One polling official in Kinshasa worried that voting machines will run out of battery. Troubles and confusion were being reported around the vast country on Sunday.

Frustration grew. “We came to vote and there is nothing. May (President Joseph) Kabila go to hell,” voter Elvis Bolungu says. Others just walked away.