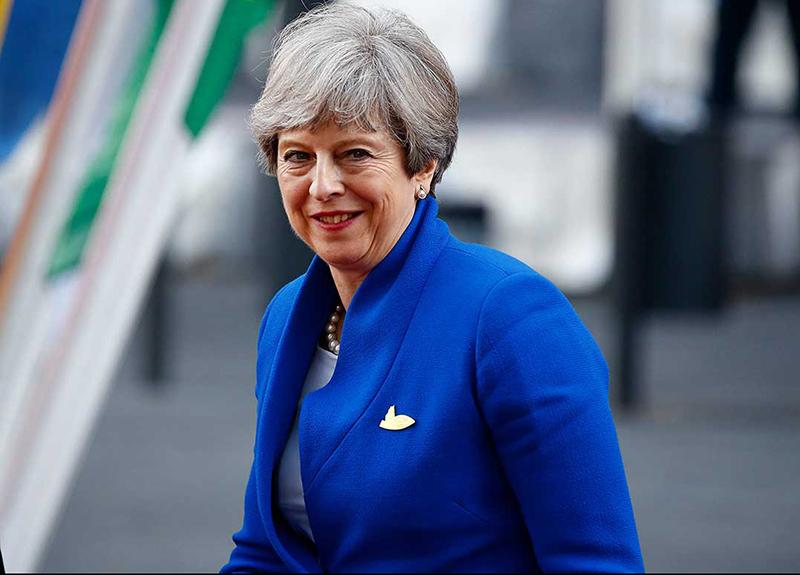 British Prime Minister Theresa May, has asked MPs to make an “honourable compromise” as she seeks to persuade them to back her Brexit deal at the third time of asking.

Writing in the Sunday Telegraph, the prime minister said failure to support the deal would mean “we will not leave the EU for many months, if ever”.

Mrs May is expected to bring her withdrawal agreement back to the Commons next week for a third vote.

It comes after MPs this week rejected her deal and voted to delay Brexit.

Former Cabinet minister Esther McVey, who resigned over the Brexit agreement, told Sky’s Sophie Ridge programme that she would “hold my nose” and vote for the deal after rejecting it twice herself, as it was now a choice between “this deal or no Brexit”.

And a letter signed by 15 Tory MPs from Leave-backing constituencies, including former Brexit Secretary David Davis, also urged colleagues to back the deal.

But International Trade Secretary Liam Fox warned the vote could be pulled, telling Sophie Ridge it was “difficult to justify having a vote if we knew we were going to lose it”.

The EU will decide the terms and conditions of any extension. Legally, the UK is still due to leave the EU on 29 March.

Meanwhile, Labour leader Jeremy Corbyn has written to MPs across the Commons inviting them for talks to find a cross-party compromise.

He also told Sky that while he “has to see the wording of it”, Labour MPs would be told to vote in favour of an amendment calling for another referendum next week, and he said he may propose another vote of no confidence in the government if the PM’s deal is voted down again.

Mrs May says if Parliament votes for her withdrawal deal before an EU leaders’ summit on Thursday, the UK will seek a short delay to Brexit to pass the necessary legislation.

“That is not an ideal outcome – we could and should have been leaving the EU on 29 March,” she said.

“But it is something the British people would accept if it led swiftly to delivering Brexit. The alternative if Parliament cannot agree the deal by that time is much worse.”

If a deal is not agreed before Thursday, EU leaders are contemplating a much longer delay.

Mrs May said it would be a “potent symbol of Parliament’s collective political failure” if a delay to Brexit meant the UK was forced to take part in May’s European elections – almost three years after voting to leave the EU.

In her article, Mrs May said she had more to do to convince dozens of Tory MPs to back the deal – as well as getting Northern Ireland’s Democratic Unionist Party to drop their opposition.

She wrote: “I am convinced that the time to define ourselves by how we voted in 2016 must now end.

“We can only put those old labels aside if we stand together as democrats and patriots, pragmatically making the honourable compromises necessary to heal division and move forward.”

The DUP, which has twice voted against the agreement, said there were “still issues to be discussed” and it remained in talks with the government.

The 10 votes provided by the DUP, which props up the Conservative government, are thought to be key to the prime minister securing her deal.

In the letter from Conservative MPs asking others to back the deal, the group claimed there were people “who will stop at nothing to prevent Britain leaving the EU”, adding they would vote for the deal to ensure Brexit went ahead.

“We urge colleagues who, like us, wish to deliver Brexit, to vote for the deal and ensure we leave the EU as soon as possible,” they said.

“We need to leave now, take the risk of ‘no Brexit’ off the table, and then continue to fight for the best future relationship as an independent nation.”