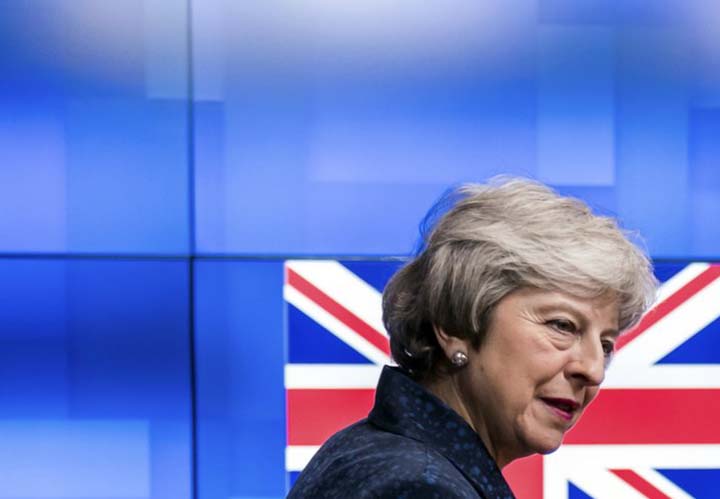 LONDON: With Brexit just 47 days away, the British government asked lawmakers on Sunday to give Prime Minister Theresa May more time to rework her divorce deal with the European Union.

Communities Secretary James Brokenshire said Parliament would get to pass judgment on May’s Brexit plan “no later than Feb. 27.”

The promise is a bid to avert a showdown on Thursday, when Parliament is set to debate and vote on next moves in the Brexit process. Some lawmakers want to try to seize control and steer the country toward a softer exit from the bloc.

Britain is due to leave the EU on March 29, but Parliament has rejected May’s divorce bill, leaving the prime minister to seek changes from the EU. The U.K.’s bid for last-minute changes has exasperated EU leaders, who insist the legally binding withdrawal agreement can’t be changed.

The impasse risks a chaotic “no deal” departure for Britain, which could be painful for businesses and ordinary people on both sides of the Channel.

British businesses fear a no-deal Brexit will cause gridlock at ports by ripping up the trade rulebook and imposing tariffs, customs checks and other barriers between the U.K. and the EU, its biggest trading partner.

Austrian Foreign Minister Karin Kneissl told the BBC that a “disorderly exit” was now the most likely option.

Opponents of the government accuse May of deliberately wasting time so that Parliament will face a last-minute choice between her deal and no deal.

Carolyn Fairbairn of business group the Confederation of British Industry said failure to secure a deal in good time was “negligence on behalf of our political institutions and leaders.”