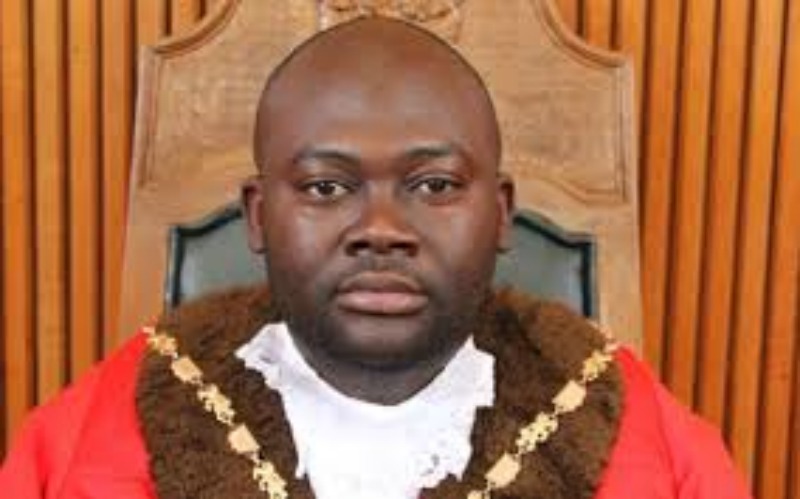 MUTARE mayor Tawanda Nhamarare said residents should not blame local authorities when they fail to deliver without considering the interference from Central government.

He was recently speaking at the launch of a Local Government Elections Survey Report.

Titled, “The Uncertainty of 2018”, the survey was conducted by United Mutare Residents and Ratepayers Association under the “We Pay You Deliver Consortium”.

The survey looked at the performance of councilors during their term of office.

“The survey was good but I want to pay particular attention to the role of Central government. It’s an area which was omitted when this survey was conducted.

“We might do whatever we think is correct but if the Central government has different ideas and another line of thinking then local governance in Zimbabwe will not improve,” said Nhamarare.

He said the Central government has reduced powers of citizens who elected their leaders to represent them in councils.

“The local governance is reducing the power of citizens who elect their local leaders to represent them in councils.

“The urban councils act is clear that the recruitment of senior managers is conducted by councilors but if you look at the current operations a ministerial circular has removed those powers from elected personnel to senior managers,” he said.

Namharare said only one councilor was left in the interviewing panel of senior managers in Mutare.

“The mayor, deputy mayor and chairpersons of Committees are no longer allowed to interview senior managers and you could see the roles of councilors have been reduced,” said the mayor.

Nhamarare said the most worrisome part was when government scrapped the collection of motor vehicle licences from the local authorities to Zimbabwe National Road Authority (Zinara).

He said had this move not been implemented, Mutare would have been collecting close to $2 million annually.

“You realize that local authorities became beggars to Zinara; begging our own money. The motorists are paying money for the roads which are supposed to be serviced by local authority yet the money is being taken straight to Zinara.

“Zinara is part and parcel of central government. In return, the councils are given grants for every year which are not sufficient.

“For example, in Mutare we are given $4 million to do one or two major roads; it’s not enough. Thus when you see residents complaining that council is not doing enough in terms of road maintenance in high density areas but it’s unfortunate our hands are tied,” said Nhemarare.

“We used to collect $400 000 annually when I was finance committee chairperson then. After discovery of diamonds, look at the number of vehicles we have in the city we should now be collecting $1-$2 million revenue annually.

“Unfortunately, all the money is going to Zinara and in return we are given less than a million.

“Central government is benefitting more than local authorities but in return residents demand service delivery from us”.