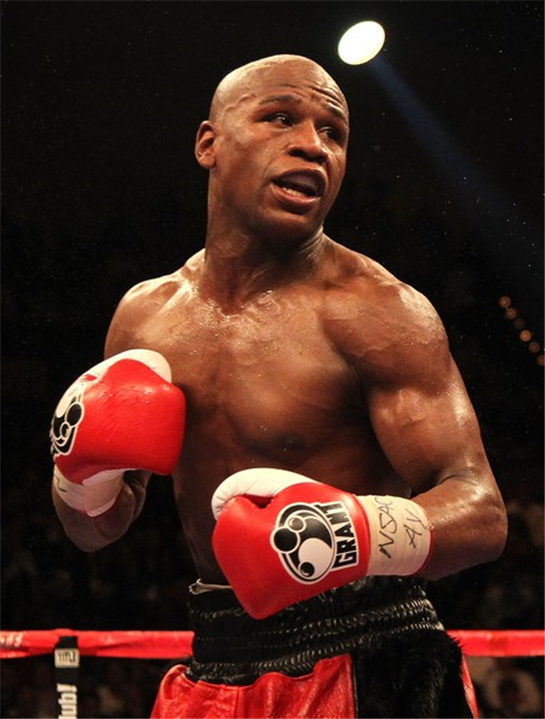 FLOYD Mayweather added another wrinkle to the fallout of his fight against Manny Pacquiao by saying he would be open to a rematch after the Filipino southpaw recovers from shoulder surgery, according to an ESPN report on Tuesday.
Mayweather has one fight remaining on his Showtime contract and has repeatedly said he intends to retire after a bout in September, although after Saturday’s fight he told reporters that he is “human” and occasionally contradicts himself.
“I will fight him in a year after his surgery,” Mayweather, who earned a unanimous decision over Pacquiao, told Smith in a text on Tuesday, according to ESPN.
His reported comments added to the complicated aftermath of the so-called “Fight of the Century,” with possible lawsuits in the works and Pacquiao likely to face disciplinary action for failing to disclose a pre-bout shoulder injury.
Barely one hour after the contest ended, Pacquiao’s promoter, Bob Arum, said the 36-year-old southpaw had been hampered by a previous injury to his right shoulder.
On Monday, an MRI scan in Los Angeles confirmed the boxer has a torn rotator cuff that will require surgery.
Apparently neither Pacquiao nor his team informed the Nevada Athletic Commission about the shoulder issue until a couple of hours before the start of the fight when they asked for an anti-inflammatory injection.
At that point, it was too late for the commission to investigate whether Pacquiao was suffering a genuine injury and there were no MRIs or medical paperwork to support the claim made by the boxer’s team, the commission said.
When Team Pacquiao filled in its pre-fight medical questionnaire on Friday, a query about any shoulder injury was clearly marked “No” before the form was signed by Pacquiao and his advisor.
The fact that Pacquiao did not disclose his injury until the night of the fight could also lead to possible lawsuits from boxing fans who may feel cheated after paying record sums for tickets in the MGM Grand Garden Arena or pay-for-view (PPV).
Some of the ringside spots in the 16,800-seat arena demanded up to $350,000 on resale site StubHub while a record $300 million or more is expected in PPV revenue from at least three million customers who paid $100 to watch.Advertisement