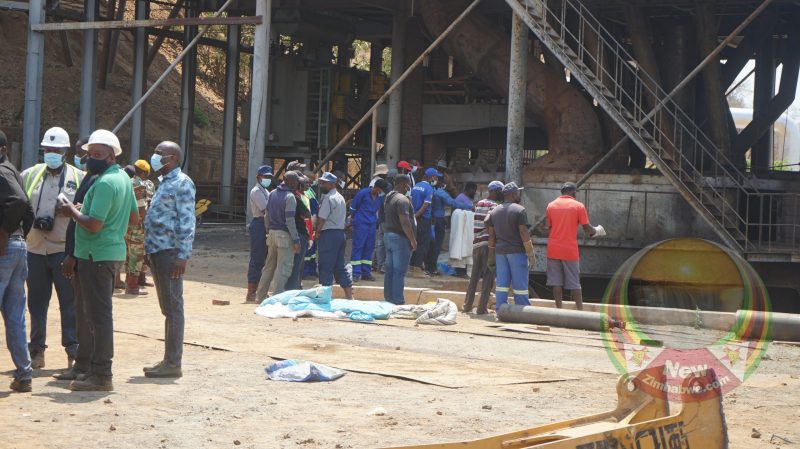 The union said, although the disaster was an unfortunate incident, it was avoidable.

SAS Mine is a nickel operation based in Mazowe South. The government has since moved in and closed the mine.

However, he quickly added the tragedy was avoidable as the union had been at the forefront of calling for safer working conditions for mine workers.

“This is an unfortunate tragedy which would have been avoided had we been given an ear on the issue of the safety of mine workers. As ZDAMWU, we have been complaining about the safety standards mine workers are facing at the hands of the Chinese investors,” Chinhema added.

He added mines owned by the Chinese nationals were unsafe for employees to work in.

“We have said it, and we are going to reiterate this point that some operations, particularly owned by the Chinese and our own small-scale miners, are not safe.

“Mine owners deliberately do shortcuts on safety. They disregard standard safety regulations, including the **5 Point System** which should always be followed at every mine. What has happened at SAS Mine is a manifestation of what we have always been saying,” Chinhema said.

“The government has allowed the so-called friends from the East to do as they want as nothing happens to them if they disregard the country’s laws. Besides disregarding safety regulations, the Chinese are known for physically abusing workers, subject employees to long hours of work, and pay slave wages.

“Exploitation is the order of the day, the people are subjected to harsh working conditions. Our appeal to the government is to tighten laws of investment. We cannot bring thugs from that far to come and practice criminality here.

“Our message to those who are coming to invest from China is there are laws that deal with workers’ safety and regulations and those laws and regulations have to be followed. We have reached the boiling point now,” he said.