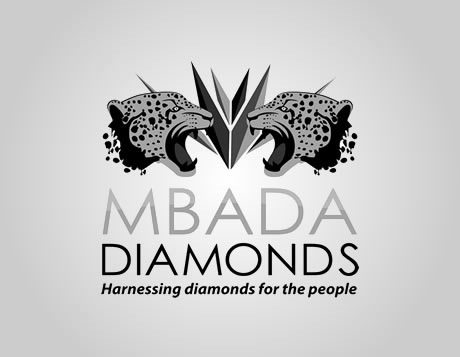 FORMER employees of struggling miner Mbada Diamonds on Friday spent their fifth day camping outside the company’s headquarters in Borrowdale demanding payment of packages and outstanding salaries, while threatening legal action against the firm.
Mbada, a joint venture between South Africa’s New Reclamation Group owned Grandwell Holdings and the government’s mining investment vehicle Zimbabwe Mining Development Corporation last year embarked on major cost cutting initiatives to remain afloat.
Diamond miners in the Marange fields, who have been engaged in open cast operations, announced in 2013 that they had hit hard rock and that alluvial deposits were thinning out on their allocated concessions.
The companies also said the deep seated conglomerate diamonds were not commercially viable.
Over 100 workers who were laid off last November besieged the company’s offices on Monday demanding their money, which is estimated to be over $8 million in outstanding salaries and exit packages, after management failed to pay them on February 28 as promised.
Some of the workers told The Source on Friday that they would continue to camp at the offices until management addressed their grievances.
“We have been sleeping outside the company premises since Monday and we are not going anywhere until they pay us,” one employee who declined to be named said.
He said workers were owed over $8 million and had not been paid since last September.
“Yesterday (Thursday) they asked us to negotiate at the police station but we refused. Why should we negotiate at the police, they should come and discuss with us in Marange but they are refusing,” he said.
The workers said they will be returning to the Labour Court on March 12 where the court is expected to determine how much they are owed after management last year slashed their salaries by half prior to the retrenchment to contain costs.
Zimbabwe Diamonds and Allied Workers Union president, Cosmas Sunguro expressed concern over how the ex-employees were being treated by Mbada saying that they had signed dismissal notices under duress and appealed to government to intervene.
“If negotiations fail to yield positive results, we will take legal action against the employer. It’s allowed by the labour law to seek legal redress,” he said, without giving details.Advertisement

Efforts to get a comment from management were fruitless.