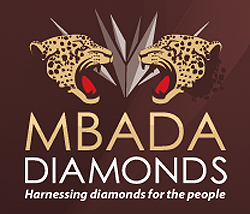 MBADA Diamonds Private Limited has surpassed the US$1 billion dollar mark in total revenue grossed since commencing operations in Marange four years ago.
According to the figures released by the company Monday, Mbada Diamonds had generated $1,036,424,000 as of January 31, 2014 with the largest chunk of its revenue going towards honouring its tax obligations and government pay outs.
In a statement, the corporate, a 50-50 venture between government’s Zimbabwe Mining Development Corporation (ZMDC) and private investors, attributed its success to the hard-work of its 1 700 strong workforce and partners.
“We wish to share our US$1billion landmark achievement with our employees and stakeholders and to assure all that our intention is to bring positive development to our country and to thank those who have rendered us the support,” said the company.
Of the amount, $424 million was channeled towards taxes, dividends and government advances while $33,9 million went towards the miner’s corporate social responsibility activities which saw over $15 million injected into various community based initiatives in Marange-Chiadzwa where the mine is exploiting the gem.
Capital expenditure took $214,5 million while direct production related expenditure got $225,6 million with the remaining $138 million accounting for the company’s operational costs.
The company has further set its sights towards investing heavily into mining conglomerates and deep seated kimberlitic material which is more capital intensive. The rough diamond miner took off with alluvial mining which is now on the decline.
Mbada Diamonds concedes the job has been tough but vows to withstand the challenges for the survival of the company and the charitable work it is doing in the country. These include supporting the needs of security logistics in Marange to guarantee operational safety, extensive borehole drilling and building houses.
The company is also renovating local schools, equipping them with furniture, text books and uniforms. This is on top of a running scholarship fund that benefits bright students from poor backgrounds.
In addition, the company also runs food distribution programmes which have benefitted over 7000 families.
Mbada Diamonds, the first commercial company to mine in Marange following the discovery of the gem fields 2006, has also been assisting local families with farming inputs to promote self-sustenance and this the company has done in collaboration with the Zimbabwe Farmers Union, whose beat has been to train the beneficiaries on conservation farming methods.Advertisement

“Under its relocation programme,” Mbada said, “the corporate constructed decent accommodation for families relocated from its mining area as well as holistic support for the families to resettle in a dignified manner.
“Mbada values the traditional leadership in the areas in which it operates and as such has constructed state of the art residences for the traditional leadership in Marange.”
The sponsors of the richest football knock-out tournament in the country – the Mbada Diamonds Cup – have gone on to finance national interest events the most notable being the August 2013 United Nations World Tourism Organisation (UNWTO) co-hosted by Zimbabwe and Zambia.
Although vilified for being part of the corporates that have propped up President Robert Mugabe’s regime through diamonds, the company still has a parting short for its critics.
“Lastly but not least, to our detractors, we wish you good luck,” said the company.
Mbada is one of the seven diamond mining companies operating in Marange. The other six are Anjin Investments, Diamond Mining Company, Gye Nyame, Jinan Mining Private Ltd, Kusena and Marange Resources.