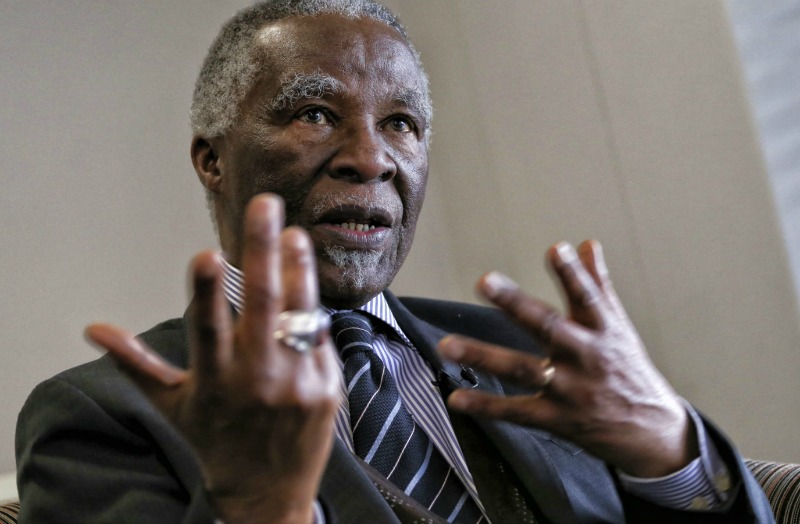 He hinted on his bid to see Zimbabwe restored to order.

“We all have a responsibility to help one another to the extent that we can do anything we can do to assist brethren, the Government and the country,” he told the media Monday soon after meeting Mnangagwa.

“So, the reason we spent this amount of time (in the meeting) as I have said, is because I haven’t seen the President in Harare as President of the Republic, so there was a lot of ground to cover.

Mbeki, during his time as South African leader, was tasked by SADC together with his country to resolve fierce differences that existed between then President Robert Mugabe and the latter’s MDC rival Morgan Tsvangirai, also late.

This followed heavily disputed Zimbabwean elections of 2008 in which Mugabe lost to Tsvangirai in the first round of the poll but muscled his way back through a controversial run-off from which his rival pulled out citing state sponsored violence targeted at his structures.

This saw back and forth movements by Zanu PF and MDC negotiators to South Africa.

The talks resulted in Mugabe remaining leader of the hybrid administration while Tsvangirai became Prime Minister.

However, the former leaders’ successors have reignited the fight, again after another disputed election.

A thaw in bitter relations between Mnangagwa and Chamisa, who lead the country’s two most dominant political parties, is seen as the first step towards the restoration of economic prosperity for the troubled Southern African country.