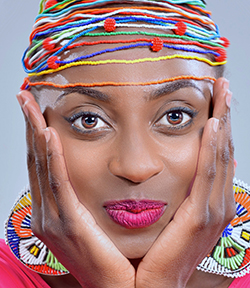 TALENTED mbira musician Hope Masike has released a hit single ‘Kwira Gomo’, on American music outlet, Cdbaby.
The single has the same traditional vibe synonymous with Masike’s sound but has a totally new feel as Masike put her mbira down and, instead, played the Nigerian traditional instrument called Udu.
The new single also features the talented guitarist Sylent Nqo and McDonald on keyboards and was produced by DJ/Producer St. Emmo of So Sick Records.
Masike said when St. Emmo approached her and suggested they work together she grabbed the opportunity.
The producer said the Kwira Gomo single has turned into something which never expected expecting – from simple ethnic percussion to a big open sound.
“Most listeners are saying it’s spiritual. I enjoyed working with Hope Masike,” said St. Emmo.
“She’s a talented musician who takes her work seriously and is open to new ideas, which I admire.
“I believe this song will make waves this year and beyond as it is a timeless production.”
For her part Masike said St. Emmo brought a magical touch to the song, adding she was surprised and excited by the way she sounded under his production.
“Not so much has been done with Zimbabwe’s music heartbeat. I am thrilled to be initiating this Afro New Age dance music based on Zimbabwe’s rich music heritage.
“More is coming; more modern, youthful yet mature, truly Zimbabwean dance vibes. Traditional mbira music is not new and I am just expanding it.”
Masike is currently at Ocean Sounds Recording studios in Norway working on an album with the Norwegian outfit, Monoswezi.
Advertisement