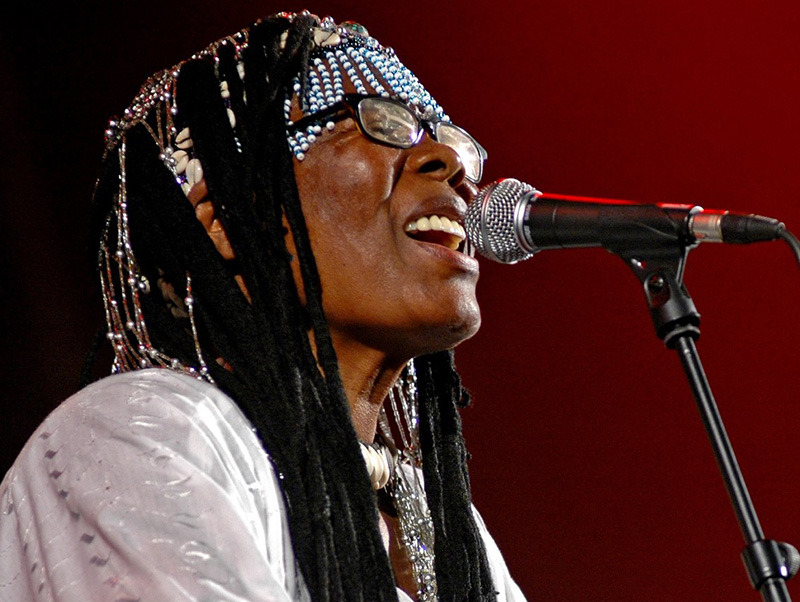 This comes after Takakunda, son to renowned music producer, Clive Mono Mukundu, added a soundtrack to her performance at the recent unveiling of the Mbuya Nehanda statue.

The video, which had been uploaded on Clive Mono Mukundu’s Facebook page, has since been pulled down.

Mbuya Chiweshe, a multi-award-winning German based instrumentalist, was having none of it, taking to her social media platforms to express her disappointment.

She blasted the young artist for spoiling her performance adding that the guitar was not in sync with her work.

“To all the people who were at the unveiling of Ambuya Nehanda medium’s statue, I would like to ask you if you saw me with anybody on stage.

“Now I have seen a video of guitarist sitting behind me playing a guitar that is spoiling my voice and the song that I sung.

“Please, I would like to let you know that I am very disappointed. Who edited that and added a guitarist? If you listen to the guitar, it’s just spoiling my voice, it’s not playing along with it. I was alone on stage, now I see a wicked guitarist behind me, who is he?”

Mbuya Stella Chiweshe, affectionately known as ‘Mbuya Chinyakare’ for her traditional music. went on to insult Takakunda, saying his actions were worse than the devil’s.

“Can someone please explain to me why it was edited afterwards without my knowledge.

“Who did that? I want an answer please, because even Lucifer does not have such cruelty.”

It is however, common practice in the entertainment industry for artists to do covers paying homage to popular artists.