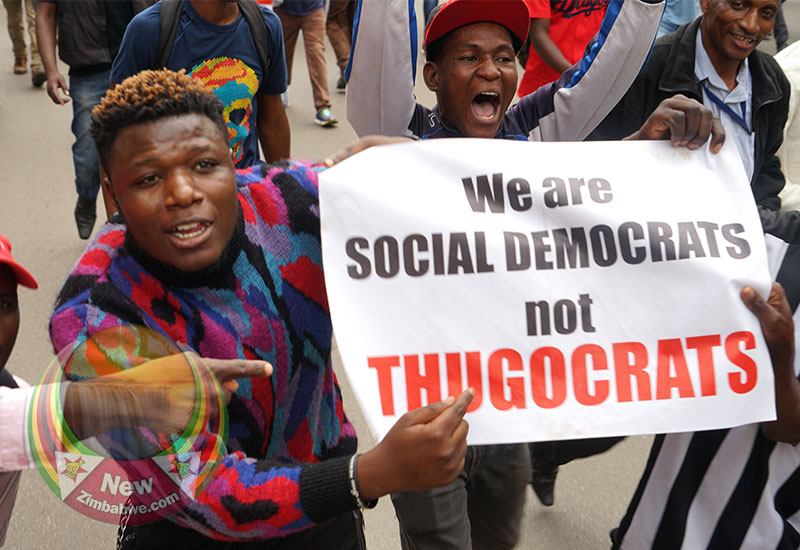 AN MDC activist Pieta Kaseke is suing VP Kembo Mohadi, three former ministers and two State security bosses for US$1,2 million after she was abducted and tortured by State security agents in 2008.

Kaseke filed the lawsuit against Mohadi back in 2009 when the latter was still Home Affairs minister in the now defunct inclusive government but her case is still to be heard despite indications by the respondents to settle the matter outside courts.

Mutsekwa was an MDC minister during the inclusive government period headed by the now late President Robert Mugabe and also late MDC Prime Minister Morgan Tsvangirai between 2009 and 2013.

During the same time, hundreds of other MDC activists also fell victim to the abductions after which they were charged on “trumped up offences” of banditry, sabotage or terrorism.

However, soon after being released from detention following a pact between Mugabe and Tsvangirai, Kaseke petitioned the High Court for compensation and her matter is yet to be finalised.

On July 23, 2019 Kaseke’s lawyers Mbidzo Muchadehama and Makoni wrote a letter to High Court judge Justice Edith Mushore advising that their client and the government officials were yet to reach a settlement on the matter as had been anticipated.

“We write to advise that the parties have not yet reached a settlement as anticipated. We are advised by the defendant’s (Mohadi and others) legal representatives that the relevant government departments are still in the process of obtaining the necessary approvals in order to finalise the issue,” the lawyers wrote.

“To that end, we kindly request that the matter be set down possibly at the beginning of the next term (end 2019). That will give the parties more than sufficient time to finalise the negotiations.”

Towards the end of last year, the matter was set down for hearing only to be removed from the roll following indications of an out-of-court settlement.

But, since then, the matter is still before Justice Mushore and is waiting to be set down for hearing.

The activist is also claiming US$100 000 for assault, US$300 000 for torture, pain, shock, suffering, psychological trauma, contumelia and loss of amenities and US$300 000 for malicious prosecution.

According to court papers, Kaseke was abducted at her home on October 31, 2008 by the police.

She said instead of being taken back to Banket Police Station, she was handed over to State security agents who subjected her to further unlawful detention, torture and assault.