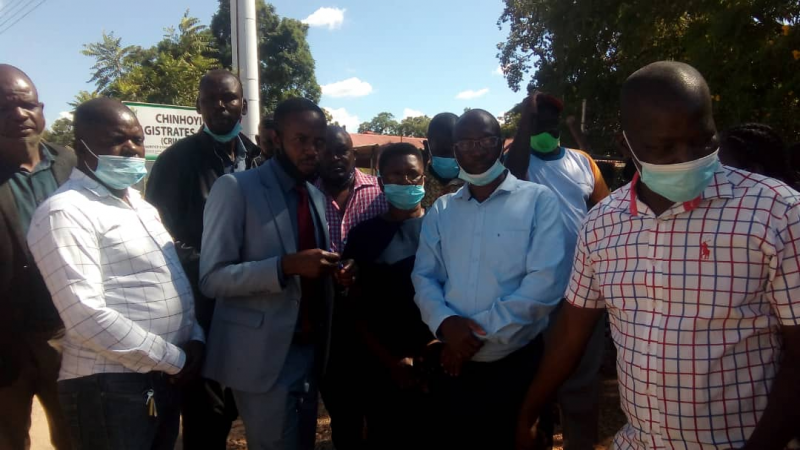 Fortune Murisi argued the accused persons did not commit any offence and described their arrests as unlawful.

On Friday, he lodged the application before Chinhoyi magistrate Lisa Mutendereki, who deferred her ruling to 31 March 2021.

“Section 5 subsection 2 of the regulations under which the accused persons are being charged was not observed. It requires that an arresting officer must first of all give notice to the people gathered to disperse before an arrest can be effected.”

Murisi added that in the absence of the notice or absence of compliance of the said subsection, the arrest of the 12 MDC Alliance activists would be unlawful.

The group is facing charges of contravening the national lockdown restrictions by holding an illegal meeting, knowing that such gathering is prohibited.”

The state case is that on 20 February this year at around 1 pm, the accused persons acting in common purpose with others who are still at large gathered at the MDC Alliance party offices at 11048 Fairview, Mzari, Chinhoyi to hold an illegal meeting.

The accused persons were not exempted to attend such a gathering under the Covid-19 regulations. Police were subsequently tipped off of the illegal gathering leading to their arrest.