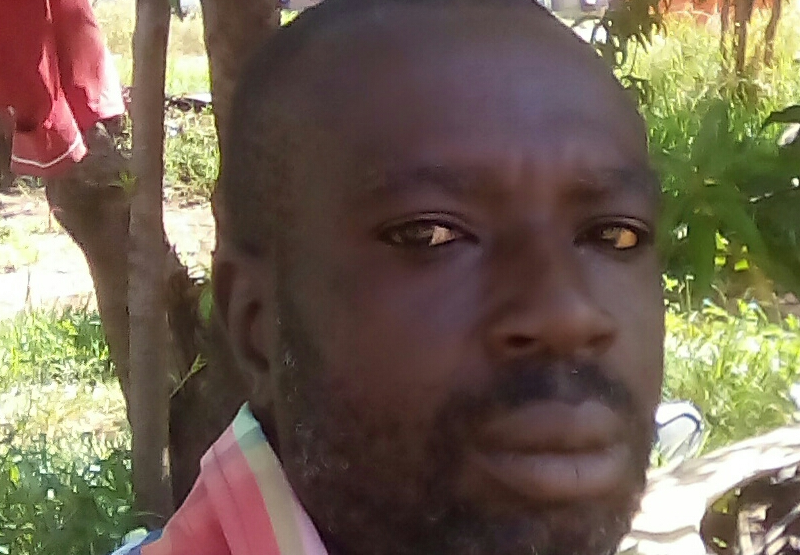 WHAT started as a normal day for then MDC Alliance youth spokesperson Darlington Madzonga on 12 July 2017, turned into a nightmare for him that afternoon.

By nightfall that day, Madzonga was in cells at the Harare Central Police Station and in great pain with a swollen mouth, right hand, head and back injuries but no access to medical attention.

He had been arrested in the Harare central business district (CBD) on charges of murdering a junior police officer on the day.

Madzonga went on to spend 70 days in remand prison facing murder charges for a crime he did not commit.

NewZimbabwe.com Senior Reporter Robert Tapfumaneyi (RT) sat down with the Darlington Madzonga (DM) to hear about his arrest, detention, and refusal of bail refusal until the court removed him from remand.

Among his colleagues, Madzonga is affectionately known as Cde Danso and after spending three years of religiously coming to court awaiting trial, the matter was removed from remand by the magistrate due to lack of evidence on 15 August 2020.

RT: Let’s start from the beginning, when were you arrested and where on that day?

RT: What is your political affiliation?

DM: I am a member of the MDC Alliance Glen View South Constituency in Harare.

RT: Have you ever been arrested for any crime before your arrest in July 2017?

DM: I have been arrested several times for demonstrating in the CBD during my days as Harare regional chairperson of the National Constitutional Assembly (NCA) fighting for a democratic people-driven constitution.

RT: Let us go back to the day you were last arrested. How was the interrogation by police officers?

DM: When I was arrested, I was heavily assaulted by members of the anti-riot police on my way to Harare Central Police Station. I was not told the reason for my arrest up until the next day in police custody.

Officers from the Homicide Section who investigated me on murder charges forced me to sign a warned and cautioning statement without my lawyer being present. I was denied medical attention for a swollen right hand, mouth and back injuries.

RT:  What did your lawyer say when you first met after the arrest?

DM: I was represented by Tonderai Bhatasara from the Zimbabwe Lawyers for Human Rights (ZHLR). Since I was charged with two counts, my lawyer asked me if I had committed the two offences which I denied. The second was malicious damage to property.

RT: When you heard you were being charged for murder, what went through your mind?

DM: When the police preferred murder charges on me, it was clear the state intended to politically prosecute me because of my long-time history of activism dating back to 1999 when I was expelled from Harare Polytechnic College for leading students against poor food quality, inadequate government grants payouts and lack of learning resources.

RT: When you appeared in court for the first time and you were denied bail, how did you feel?

DM: When I appeared for malicious damage to property charges, bail ruling was reserved for next Monday 17 July, which was granted.

On the murder charge, my lawyer didn’t attempt to make a bail application as the magistrate had advised us to make that application at the High Court.

The fact that I was going to stay in remand prison longer, was devastating, but I gained confidence in the fact that this was the ultimate price for a better Zimbabwe.

The tree of liberation is watered by the blood of the martyr.

RT: From then onwards while you were in remand prison, how were you treated by prison officers?

DM: I arrived at Harare Remand Prison in pain. My swollen right hand and eyes were painful. I was only given painkillers from the prison clinic.

The charge of murdering a policeman draw attention from prison officers. Sometimes they threatened me to Chikurubi Maximum Security Prison.

RT: Did you get enough support from colleagues and members of the opposition MDC?

DM: One thing that kept my spirit up was the support that I got from my colleagues from civil society, MDC Alliance, and my family who provided supplementary feeding. It is important to mention my lawyer, Bhatasara.

He acted as a brother and lawyer.

RT: For how long did you stay in remand and how did that affect your social and professional life?

DM: I was a guest of the state for 70 days at Harare Central Remand Prison.

My first bail attempt was dismissed by Justice Priscilla Chigumba on 26 July 2017.

I was finally released by Justice Emmy Tsanga on 20 September 2017.

Upon release, I was ordered to report at Glen View Police Station three times a week.

This made it difficult to attend work regularly something that forced me to resign from my job.

The arrest and detention affected my studies with the University of South Africa (UNISA) where I was supposed to sit for examinations in July and August 2017.

It also affected my campaigns for running as a councillor in my ward something and I later gave up.

My stay in remand prison also affected my social relationship with relatives some who advised me to abandon my political work because of the dangers it brought.

RT: When you came back from remand prison, how did the society family and friends accept you?

DM: I come from the ghetto where most colleagues and friends are enlightened. Coming back from “College” many people congratulated me on the heroism I had exhibited.

My family though, happy, cast aspersions on the police and the judiciary in Zimbabwe because of the persecution that I went through.

RT: Do you think the police who arrested you did their job in a professional manner?

DM: The arresting details did not carry out their duty professionally. Through my defence counsel, we submitted a number of complaints against the police and the court-ordered investigations.

The trial for malicious damage to property failed to kick off after the state failed to submit a report on my complaints against the police.

This was despite my appearance before an investigating committee which comprised of officers in charge of Mbare, Matapi and Stoddart police stations on 9 and 10 November 2017 at Mbare Police Station.

The arresting officers acted outside the constitution, which the police are still reluctant to prosecute.

Of the two charges, none of them reached even the trial stage, a clear case that the investigations were shoddy and half-done.

RT: I may say you are at ‘least’ free what are you plans now?

DM: The removal from remand is nothing to celebrate about. I was not supposed to have been on remand in the first place.

Removal from remand does not mean the end of the case since the state can proceed by way of summons.

In the near future, I will be engaging my lawyers to pursue the complaints that were made in court with a view to getting justice.

I will be taking up my further studies which were disrupted by the arrest and detention.

As a survivor of this political persecution, I will inspire and give confidence to Zimbabweans particularly the youths to carry on the fight against repression and injustice.

Victory may be delayed, but it’s definitely certain. This persecution will not stop an idea whose time has come.