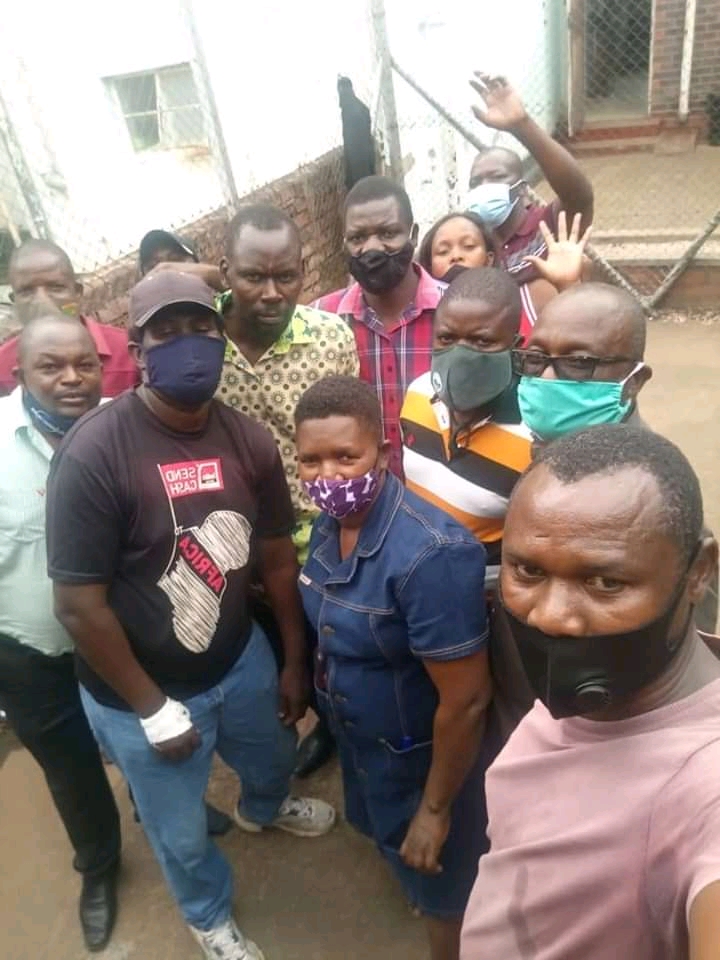 THERE are fears that 11 of the 12 MDC Alliance officials, recently arrested for holding a meeting in defiance of Covid-19 regulations, could have contracted the deadly virus while detained at Chinhoyi Police Station.

One of the officials was arrested and placed in holding cells while recuperating from lethal respiratory disease.

The opposition party functionaries, who are provincial administrative committee (PAC) officials, were Saturday arrested at the party’s Chinhoyi offices in Mzari suburb, and force-marched to the police station before being thrown into holding cells for two nights.

One of the MDC Alliance officials, Kudakwashe Chigumo, who is also Karoi Urban Ward 6 councillor, tested Covid-19 positive on 18 January 2021 and fell critically ill for a prolonged period before his slight recovery this month.

The councillor, who last Saturday drove from Karoi to Chinhoyi to handover money meant for a deceased founding member, Daniel Kembo’s funeral, was caught in the crossfire as armed soldiers and police officers raided the MDC Alliance premises.

Speaking to NewZimbabwe.com, Chigumo said he tried to reason with the state security agents that he was not part of the meeting and also posed a health risk to the arresting details as well as his party members.

“Although l am a PAC member, l had only visited the office to handover my financial contribution towards the bereavement. Unfortunately, l was arrested together with other officials who were gathered to discuss funeral arrangements,” he said.

“l tried reasoning with the army and police officers who didn’t heed my advice not to bundle me with the rest of the group as l was still recovering from Covid-19. However, they thought it was a ploy to be released.”

Added Chigumo; “l am not fully recovered and am taking medication because l am still experiencing chest pains and difficulties in breathing. It’s a pity that at the police station we were bunched in one cell without blankets to keep warm despite my dire health condition. I also had to facilitate that someone brought my hospital records all the way from Karoi.”

Chigumo said following some protests from fellow male detainees to have him isolated, the police finally moved him to a room which he shared with the two arrested female MDC Alliance activists.

“The police officers argued it was the best they could do, and that in the room we could practise physical distancing and that it was warm inside as opposed to the cell.”

Chigumo said he was due to finish his medication this week before a medical review is conducted by his private doctor.

Police officers from the Law and Order and police intelligence sections, who were in contact with the Karoi councillor, could have also risked contracting the virus.

They were Monday granted $5 000 bail each by Chinhoyi magistrate Tracey Muzondo and were remanded to 12 March 2021 for routine remand.