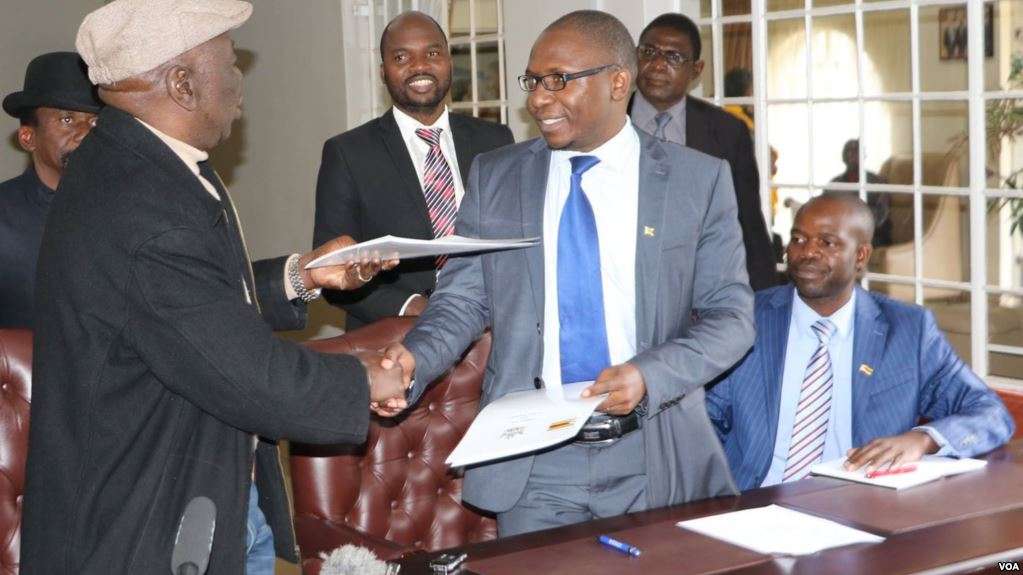 Transform Zimbabwe President, Jacob Ngarivhume, who was elected substantive leader at the party’s inaugural Congress Friday, says their Alliance partner, MDC-T, was acting in bad faith and was conducting primary elections in constituencies allocated to his outfit.

Addressing the party Congress in Harare Saturday, Ngarivhume said, however, they were not pulling out of the alliance, adding they had made tremendous strides despite the challenges they were encountering.

“We faced challenges in the operationalisation of the alliance. Some of our alliance partners have not been faithful in their dealing with us,” he said.

“Recently, we received reports of the MDC-T conducting primary elections in constituencies allocated to Transform Zimbabwe,” he added.

Ngarivhume said they were in dialogue with the MDC T to find an amicable way of resolving the issue, saying the opposition in Zimbabwe could not afford to divide their vote and miss out on the opportunity to defeat Zanu PF at the polls.

“When I sat down with the late MDC-T President Morgan Tsvangirai I pointed out the following to him; that the alliance should not be reduced only to the sum total of parties and people out together,” he said.

“It should be the sum total of values we are able to put on the table. It is these values which then can help us attract the numbers that we need,” he added.