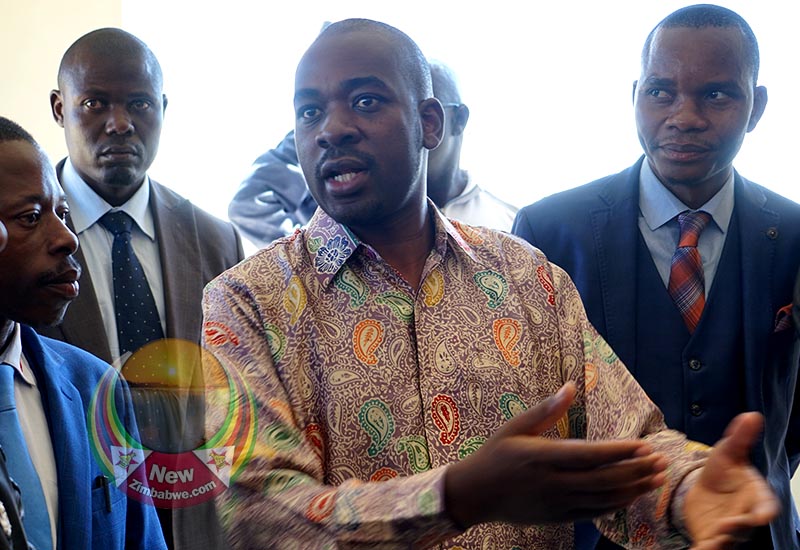 MDC Alliance supporters have launched a fundraising campaign to buy a top-of-the-range bulletproof vehicle for the party leader Nelson Chamisa.

The pledge follows this week’s attack on Chamisa’s convoy by over 200 Zanu PF activists in Charumbira, Masvingo West where the opposition leader intended to meet local leaders.

Several cars were stoned while party members had to seek medical treatment from injuries sustained during the attack.

On Wednesday evening, the Go Fund Me campaign for Chamisa’s new vehicle was above US$2 400. The target for the new vehicle is US$120 000.

One MDC Alliance supporter, only identified as T. Basvi, who started the Go Fund Me campaign said; “The regime wants to continue to frustrate democracy by attacking the main opposition.  The recent attacks showed that the regime wants to injure or cause serious harm to Advocate Nelson Chamisa.

“As Diaspora community of Zimbabwe and friends we want to send a clear message of solidarity by replacing Advocate Nelson Chamisa’s vehicle which was destroyed during the recent attacks orchestrated by the regime in Masvingo.

“As concerned global citizens, we have come up with this initiative to raise funds for the purchase of an armour-plated vehicle as well as security apparel for his safety and security.”

Meanwhile, Chamisa who is still in Masvingo province, which is also his home province,  appreciated the support he is getting from the locals.

“I am so energised by the solid support here as I continue this communities and citizens interface, a tour of rural parts of Zimbabwe.

“I had meetings in Chivi, Ngundu, Mwenezi, Chingwizi and Rutenga. Zanu PF tried disrupting but failed. The message is #NgaapindeHakeMukomana. Thank you, Zimbabwe,” Chamisa said.

Zanu PF acting national political commissar Patrick Chinamasa, however, defended the attack on Chamisa and his lieutenants early this week, charging the opposition leaders had provoked Zanu PF supporters in Charumbira by forcing them to meet him.