MDC has blamed rivals Zanu PF for Monday night’s attack and burning of the party’s main headquarters in Harare.

Party spokesperson Jacob Mafume told journalists this week that Zanu PF was also responsible for the beating and injury of three of its security personnel who were manning the newly rechristened Morgan Richard Tsvangirai House (formerly Harvest House).

The three, according to Mafume, sustained severe injuries while the party HQ had its ground floor part set on fire.

The incident happened as government blamed wild protests that rocked the three days of a job stay away on the MDC.

“We note the destruction of Harvest House. As you can see, there has been an escalation of activities from the so-called new dispensation.

“We have maintained that what changed is the head but the system is still there,” Mafume said of the new Emmerson Mnangagwa government which took over from former President Robert Mugabe November 2017. 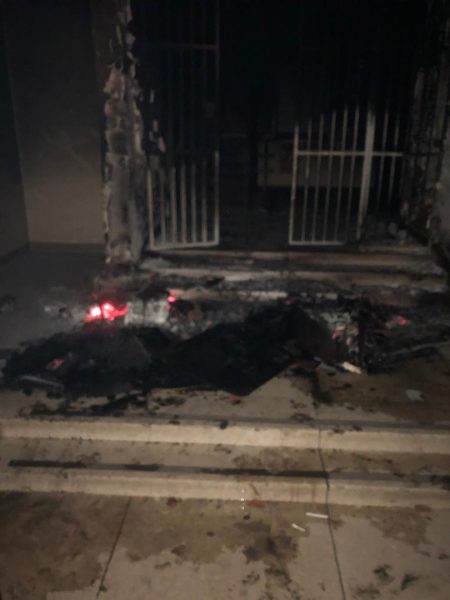 The MDC spokesperson also slammed the state over its brutal response to protests by Zimbabweans over price increases and deepening poverty.

“We are concerned about the violence that has been meted against the protestors,” Mafume said, adding, “We acknowledge the stay away called by Zimbabwe Congress of Trade Union (ZCTU) and civil society in light of the rising cost of living and any other issues bedevilling the Zimbabwean society.

“The whole issue is symptomatic; the real issue is of legitimacy, the issue of an arrested transition, an election that has not solved the Zimbabwean question.

“All the things that we are suffering from are a result of those symptoms.”

The Harare City Councillor maintained that the only solution to Zimbabwe’s myriad problems was dialogue as he also urged the international community to react swiftly to the national crisis.

“The issue of dialogue is urgent in Zimbabwe,” he said.

“The international needs to take cognisance of what is happening here. It should be able to stand in and be able to guide the leadership in dialogue.

“We note that in the DRC, the international community is calling for a (election) recount, calling for an inclusive government by SADC chair Edgar Lungu but this is a contrast to what they did here in Zimbabwe.

“We are not happy with the attitude taken by the international community and need consistency in the way elections are viewed in SADC region.”