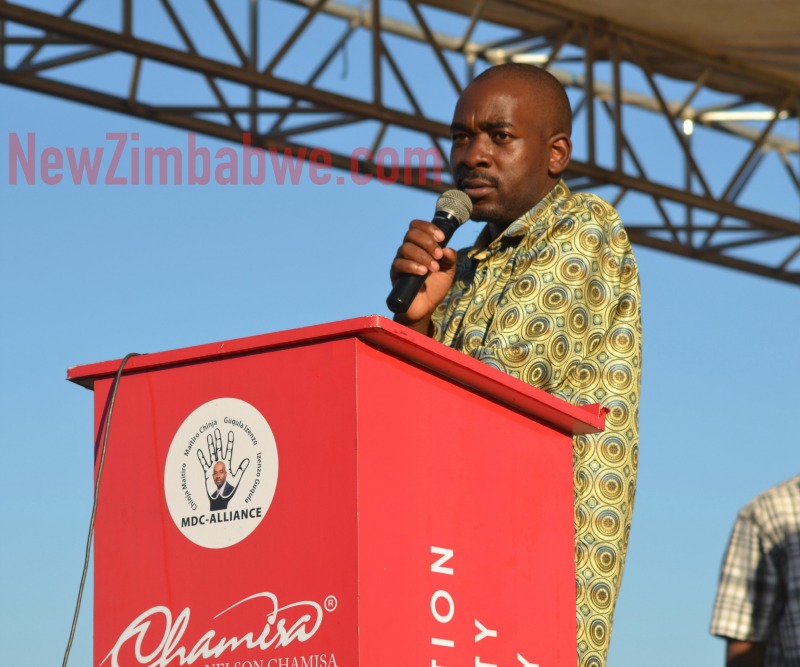 MDC-T leader and Alliance presidential candidate Nelson Chamisa says the main opposition was broke but insists he had the means to unlock western funding if elected the country’s next leader in Monday’s elections.

Chamisa was addressing tens of thousands of his followers who thronged his final campaign rally at Freedom Square in Harare on Saturday.

“I would want to thank everyone who contributed towards where we are today. We did not have enough money…we did not have resources,” said the presidential hopeful, adding that they had no t-shirts to distribute to party supporters.

The main opposition has been ditched by its traditional western funders amid claims of both donor fatigue and a pro-government policy thrust that has since been adopted by its former allies.

The MDC has sent an SOS to its sympathisers to make donations as it tried to finance its campaign ahead of the Monday poll.

The main opposition also compelled its poll candidates to pay application fees ranging from $10 to $150 to be considered for selection during party primaries.

However, rumour has it that former President Robert Mugabe and his wife have been bankrolling MDC Alliance campaigns although Chamisa denies any links with the ousted state leader.

Last month, his party was up in arms with the state broadcaster for demanding steep fees for opposition parties to air their campaign messages.

Chamisa’s poll campaigns are however in stark contrast with incumbent President Emmerson Mnangagwa’s ostentatious campaigns dominated by huge billboards erected throughout the country while also enjoying generous state media coverage during the period.

The opposition presidential contender has however managed to pull off a massive campaign which has seen him address 82 rallies throughout the country.