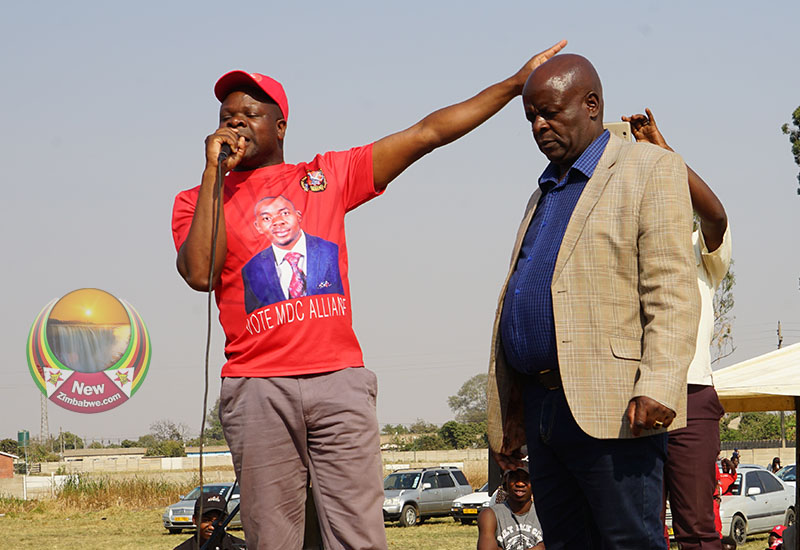 MDC politicians who were recently arrested and jailed by the State say they have used their time behind bars to convert fellow inmates into ardent party supporters as well as build structures inside prison walls.

Speaking at a campaign rally to drum up support for aspiring MP candidate, Vincent Tsvangirai ahead of a by-election in Glen View this coming weekend, party national organising secretary Amos Chibaya said his arrest was a blessing in disguise.

“I have been arrested more than once and detained at various remand prisons around the country, from Hwahwa to Harare Central. They think they are fixing me.

“But what I want to tell you is all those remand camps now have ardent MDC supporters,” Chibaya told cheering party supporter.

He added, “We have structures we have managed to build in prisons; new members will join after they have been released and they have the right to vote.”

Chibaya was arrested and later freed on bail for allegedly failing to stop party followers from proceeding with a demonstration that had been banned for security reasons by police.

His sentiments were echoed by crowd favourite Paddington Jajapapa who was released on bail last week pending appeal against his conviction and sentence for claiming the 2018 elections were rigged.

“Prison has hardened me and the people that I met there also encourage us to continue fighting for democratic change,” Japajapa said.

“We have structures, members in prisons that we have recruited and all those that will be arrested in the near future must go in and preach the gospel of change.

“But I won’t forget the lice infested cells.”

Among some of the MDC top leadership members who have suffered the wrath of the State in the recent past were party vice president Tendai Biti, Job Sikhala (vice chairperson), Sibusisiwe Bhudha (deputy organising secretary), and youth secretary general Ostallos Siziba.

Chamisa, in his own address, ‘congratulated’ party activists who have been arrested before adding that his party did not fear any arrests by the State.

“We are not afraid of being arrested and incarcerated; this is the road to freedom. So thank you Japajapa; your crime is your testimony before the (Kgalema) Motlanthe Commission of Inquiry.

Chamisa was referring to the hearings into the August 1, 2018 army killings on civilian protesters in central Harare which were followed by a Commission of Inquiry in which Japajapa pinned all the blame on the State.

The MDC leader likened the current crackdown on opposition activists to the abuses visited upon nationalists by the colonial regime during the country’s liberation struggle.

He said his party remained resolute in seeking change.