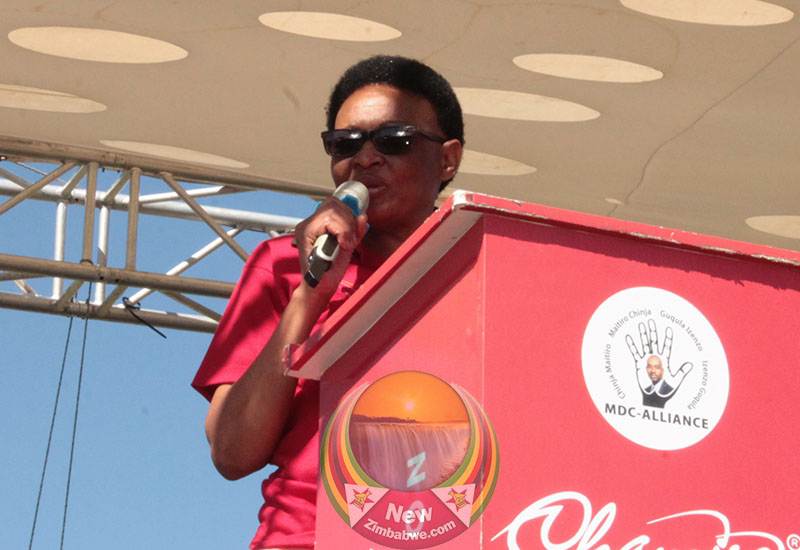 MDC Alliance national chairperson, Thabitha Khumalo (58) and six other party activists, who were facing charges of publishing false statements prejudicial to the State, were Friday removed from remand after the prosecution bungled their trial.

Bulawayo Magistrate, Tinashe Tashaya removed Khumalo and the other activists who included Senator Helen Mpofu from remand after their lawyer, Godfrey Nyoni argued that his clients were improperly before the court.

“According to Section 34 of the Criminal Codification Act, the Prosecutor General was supposed to have authorised the prosecution of the accused. That authority was never sought and the accused were actually brought to court when they had not committed any crime. The accused only peacefully distributed fliers and the State was never prejudiced by their actions,” said Nyoni from the Zimbabwe Lawyers for Human Rights (ZLHR).

The State, represented by Memory Matare, conceded that Khumalo and his co-accused were improperly before the court.

“We were unable to respond to the defence counsel’s refusal of remand application because we were still waiting for authority to prosecute. We will however proceed by way of summons if the need arises,” Matare told the court.

Magistrate Tashaya agreed with both the state and defence counsel.

“I am removing on remand until such a time the State put its house in order,” ruled Tashaya.

Matare told the court that on 17 August 2019 , the MDC activists who were using Khumalo’s grey Ford Ranger, registration number ADA 1607 went around Tshabalala and Nkulumane suburbs distributing fliers titled “Free Zimbabwe Campaign” which were addressed to all Zimbabweans.

She further told the court that the fliers falsely asserted that the July 2018 elections were stolen.

“The offence was discovered by the police leading to the arrest of the accused persons and confiscation of the fliers,” Matare had told the court.