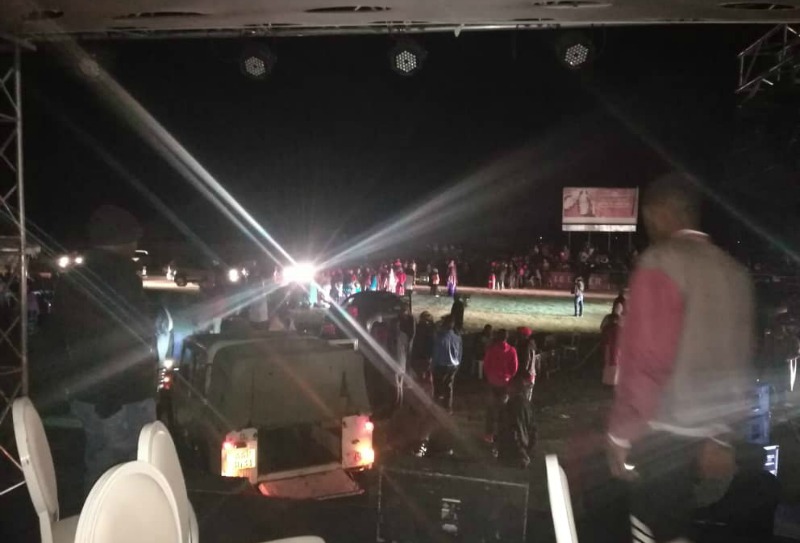 THE MDC was this Sunday evening forced to stop its voting process at Ascot Stadium after the facility was plunged into pitch darkness due to a power cut.

The voting process is the last item on the main opposition’s congress agenda and there were concerns by some party officials vying for positions on the possibility of ballot stuffing.

The darkness suspected to have been caused by a crippling load shedding schedule by power utility, ZESA has heightened more fears some party officials may try to fix the vote in favour of their preferred candidates.

MDC has been forced to continue with the voting process using vehicle headlights.

Just one province had voted while about four were still in winding queues when flood lights suddenly went off plunging the sports stadium into darkness.

It was not clear whether the outage was as a result of load shedding or a fault.

Delegates stuck to their queues and continued voting with some female party members from Matabeleland raising questions.

“How can we continue voting when it is so dark! These cars are not helping,” said one woman in isiNdebele.

Fears of possible rigging were raised with accusations of similar outages during the party’s provincial congresses used as reference.

No party official had addressed the matter some 20 minutes after the outage.

Results of the party’s elections were expected to be announced soon after the voting process.

Party leader Nelson Chamisa is only waiting to be confirmed substantive President after he emerged unopposed in during the main opposition’s nomination processes.