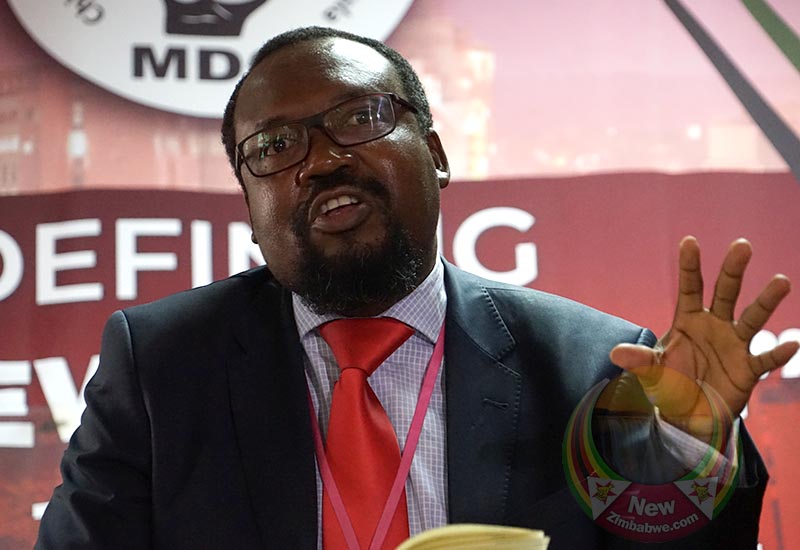 THE MDC Tuesday looked to have given up on demands for a dialogue process involving itself and Zanu PF although reiterating President Emmerson Mnangagwa should allow a neutral mediator to handle the task.

At a press briefing in Harare, party spokesperson Daniel Molokele said the main opposition was prepared to be part of a broader national dialogue process which was not exclusive to Mnangagwa and some election “losers”.

“The MDC is more than willing to be part of that national dialogue process but our first and foremost important condition is that President Mnangagwa is part of the problem.

“He might have invited some of the losers but he cannot be the facilitator,” Molokele said of Mnangagwa’s Political Actors Dialogue (Polad) constituted between the Zanu PF leader and over a dozen politicians who contested last July’s presidential election, losing dismally.

As leader of the country’s second largest party, according to parliamentary representation, Nelson Chamisa has been demanding that Mnangagwa dumps other political parties constituting the latter’s dialogue process and engage him instead.

Chamisa is adamant the country’s current political impasse was a direct result of a disputed election in which it accuses the incumbent of rigging.

The MDC seems to be softening on its stance with a demand to join the dialogue process if it was broadened further that the current individuals, coupled with the appointment of a neutral facilitator.

“There is need for an independent facilitator,” Molokele told the media Tuesday.

“It can be a person we compromise or agree with or an international person or even a local person. But we need a facilitated process in which Zanu PF, MDC, all other political parties, all other stakeholders in the country, the business community or the captains of industry, civil society and everyone else who has a stake in this country’s future, is invited to the table,” he said.

However, in his past interviews with the media, President Mnangagwa has admitted the MDC should be part of his dialogue process but said he will not hire a “bulldozer” to drag Chamisa to the negotiating table.