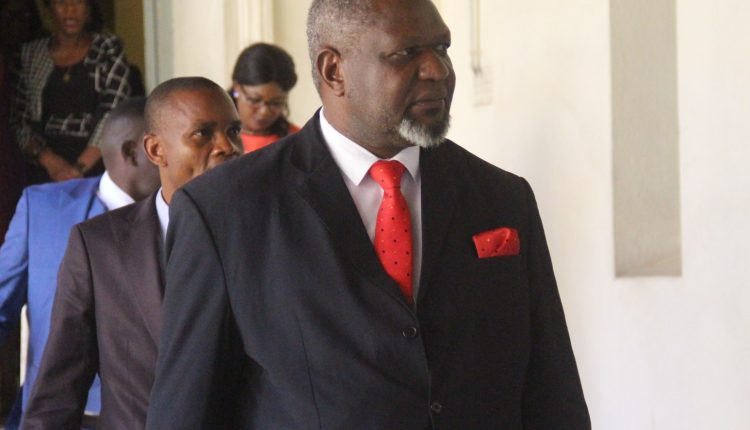 MDC Harare Central MP, Murisi Zwidzai was Tuesday ejected from parliament after he had labelled as “dogs”, Joseph Chinotimba and the latter’s Zanu PF colleagues.

This is after Zwizwai had stood as a point of privilege to apprise the house on the just ended MDC elective congress in Gweru over the weekend.

“This August House is for all Zimbabweans,” Zvizwai said.

“Therefore, as their representatives, as political parties and independent members of parliament, it is our responsibility to inform the nation on what was happening.

“We, on this side of the House held our congress last week.”

Deputy Speaker Tsitsi Gezi was quick to order the MP to take his seat before he could say much.

This did not go down well with Zvizwai who tried to beg Gezi to allow him to finish his statement.

“I have not finished my point of privilege,” Zvizwai persisted.

“Are you implying that it is criminal for MDC to go for its congress? Mr (President Emmerson) Mnangagwa won the elections, do you know why? Allow me to say my point of privilege that I want to speak about Madam Speaker. I implore you to listen to me. Why are you intolerant?

“I just said the MDC successfully held its congress, then you decided to order me to sit down. Why, Madam Speaker!”

He went on, “Did we not go to High Court before going to the congress. Is this not a national issue?”

Zvizwai was immediately ordered to leave the House for using “unparliamentary language”.

The MDC legislator and his opposition counterparts were in a jovial mood Tuesday as they entered the House of Assembly hugging all those who secured positions in the just ended MDC elective congress in Gweru.