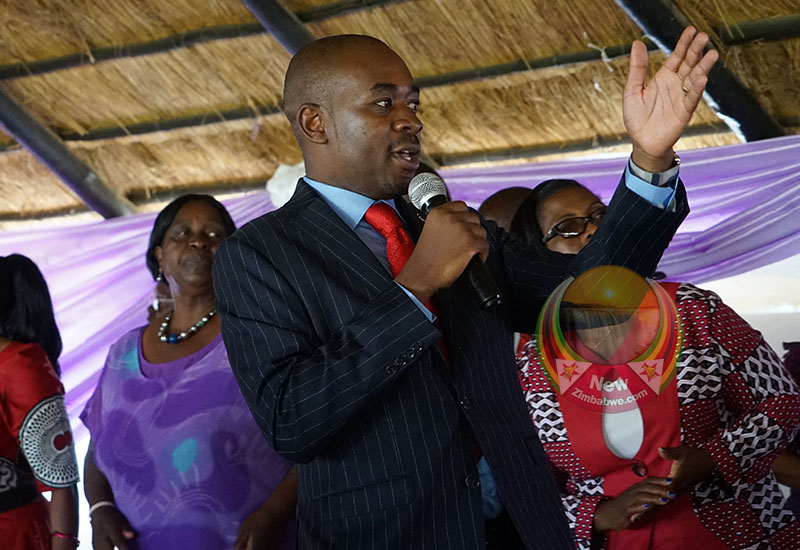 Nelson Chamisa’s MDC party wants to bring Zimbabwe to a virtual standstill with plans now afoot to take the planned August 16 protest to the rest of the country, NewZimbabwe.com has learnt.

While publicly the MDC has indicated it is planning a demonstration confined to Harare, information gathered from sources privy to the goings on indicates that the opposition party has sent out coordinators to most urban centres across the country to prepare for the protests on the same day.

“The demonstrations will not be in Harare only, the party leadership is making efforts to ensure that all provincial leaders notify the police of their own demonstrations on the same day.

“ZRP does not have any right to stop the demonstrations and even if they try to do it the people will ignore that,” the anonymous source privy to developments told NewZimbabwe.com.

“Bulawayo for one will not even need to notify if they go ahead with the plan, they will just get into town and we will see what the police and army if it is called in will do.”

The MDC has only notified police of its planned demonstration in Harare alone.

Harare is already teeming with security personnel with police deployed at almost every road intersections as authorities gird themselves for what is likely to be a confrontation.

Members of the security sector are already on high alert and Harare is already teeming with police officers at most corners within the CBD.

However, MDC Spokesperson Daniel Molokele maintained that the party was organising one demonstration and revealed that, the party will hold protests in other cities at some point in the future.

“We will have one demo on Friday, August 16th, others will be held later,” said Molokele in a brief response to questions from NewZimbabwe.com.

Zanu PF has vowed to fight MDC if it goes ahead with its planned demonstration.

Between August last year and January this year, two protests turned violent leading to the deaths of over 20 people and scores left with gapping gunshot wounds.

Zimbabwe has spiraled into a fresh economic crisis following the adoption of a raft of austerity measures that President Emmerson Mnangagwa argues will set the country on a recovery path.

Chamisa has continued on the other hand to wave the legitimacy card arguing the economic problems bedeviling the country are intricately tied to the election result controversy.