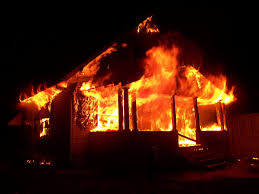 A member of the MDC Veterans Activists Association (VAA) Regina Ndlovu who died Saturday at Mpilo hospital was buried at St Peters on the outskirts of Bulawayo on Monday.

Ndlovu who is one of the pioneers of the united MDC in the area was now a member of the Nelson Chamisa led MDC Alliance at the time of her death.

In 2002, Ndlovu’s six huts were burnt down by Zanu PF supporters. She also lost all her belongings in the inferno.

Following the destruction of her huts, VAA assisted her in building a modern five roomed house which was handed to her by VAA leadership in September 2014.

“Regina Ndlovu died on 30 January at Bulawayo’s Mpilo Hospital due to an undisclosed ailment. She died a bitter person because nothing happened to the people who ruined her life. Her only crime was supporting a party of her own choice,” said Chiroodza.

The MDC Alliance spokesperson thanked the VAA leadership and ex-legislator Alderman Matson Hlalo for coming to her rescue when her house was destroyed.

Before her death, Ndlovu, two weeks ago accused the National Peace and Reconciliation Commission (NPRC) of failing to address the plight of victims of political violence.

“When NPRC was established, my hope was that those people who burnt my huts were going to be made to account for their actions. Almost seven years after the formation of the commission, the perpetrators are still scot free,”

“I am longing the day when the people who burnt my huts will be hauled before the courts to account for their actions. Only after that I will sleep peaceful nights,” she said in a recent interview with NewZimbabwe.com.