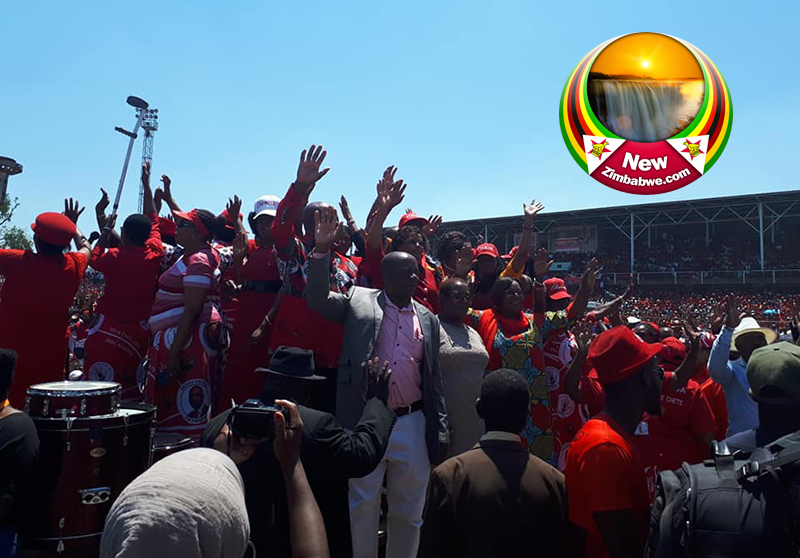 PRESIDENT Emmerson Mnangagwa has been given a November 1 ultimatum to stepdown from office by opposition pressure group Tajamuka/Sesijikile and Zimbabwe Students Union (ZINASU) at Saturday’s MDC 19th anniversary celebrations in Harare.

The two groups made the demand at the 19th anniversary celebrations of the opposition MDC party at Harare’s Gwanzura stadium on Saturday.

The party rejects Mnangagwa’s victory in the July 30 elections, insisting that the election outcome was manipulated in his favour by the Zimbabwe Electoral Commission (ZEC).

ZINASU secretary general Ashleigh Pfunye said the time had come for Zimbabweans to put fear aside and remove Mnangagwa if he does not step down voluntarily on or before 1 November.

MDC supporters drowned out his address as they demanded a march to State House.

“Izvozvi, Izvozvi, izvozvi (Now! Now! Now!,” chanted the thousands of supporters who filled up the stadium.

Tajamuka coordinator Elvis Mugari said November was the month the country should be returned to legitimacy.