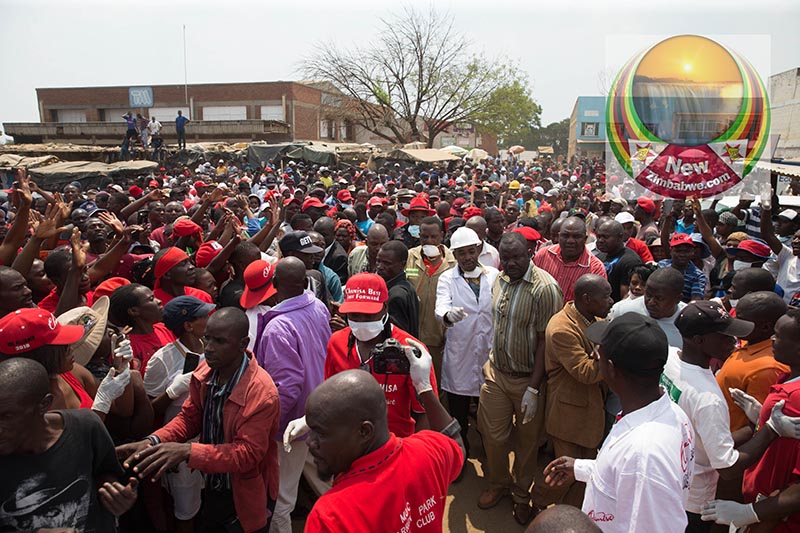 THE Opposition MDC party has said it is ready for its 19th anniversary celebrations slated for this Saturday at Gwanzura Stadium in Harare’s Highfield suburb, despite the strict conditions set by police.

The celebrations are the first without founding leader Morgan Tsvangirai who died in South Africa on February 14 this year after a two-year battle against colon cancer.

Scores of party activists gathered at the headquarters (Morgan Tsvangirai House) along Nelson Mandela Street Friday afternoon singing and dancing revolutionary to songs in preparation for the celebrations.

In an interview with NewZimbabwe.com, MDC Harare chairman and Highfield East legislator Eric Murai said he could preparations for the event were complete.

Police, on Wednesday, allowed the celebrations to go ahead with strict conditions after twice banning them citing the cholera outbreak which claimed more than 50 lives countrywide.

“No one can tell us how to celebrate,” said a defiant Murai.

“Actually, what you are telling me right now about what the police have said is news to me. We will celebrate until we are satisfied. Someone will be angry about the success of our event.

The opposition has also hinted that it might carry out an inauguration of party leader Nelson Chamisa as the ‘People’s President’.

Murai would not be drawn on the issue, only saying “Chamisa has already been inaugurated by the people of Zimbabwe who voted for him”.

The country’s main opposition party has refused to accept its defeat in the July 30 elections, accusing the Zimbabwe Electoral Commission (ZEC) of manipulation the poll outcome in favour of President Emmerson Mnangagwa and his Zanu PF party.