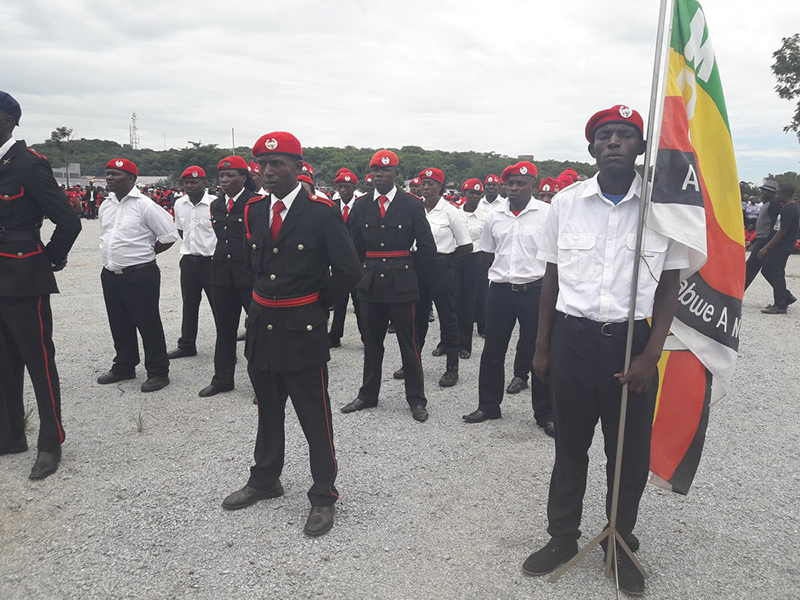 THE opposition MDC-T party has disbanded its ‘Order of the Vanguard’ youth outfit which has been widely condemned as a version of Zanu PF’s Chipangano and Green Bombers terror groups.

Fiercely loyal to party leader Nelson Chamisa, the Vanguard group attracted criticism during the early days of his ascendency to party president following the death of founding leader Morgan Tsvangirai.

Former deputy prime minister Thokozani Kuphe was roughed up by the militia for opposing Chamisa’s takeover of power and declaring herself the legitimate MDC-T president.

Prior to that, the youths were implicated in the harassment of the former party vice president for challenging Tsvangirai’s decision to form the opposition MDC Alliance.

“Yes,” said Komichi curtly responded to a question at a press conference in Harare on Monday.

The Vanguard had become notorious for ‘dealing’ with perceived to be opposed to Chamisa Chamisa.

Clad in military-style red and black uniforms, members would parade and salute the 40-year-old MDC-T leader.

The group has long been known to provide instant justice to whoever seems to disagree with popular sentiment in the party.

Apart from Kuphe, Zimbabwe’s ambassador to Senegal Trudy Stevenson and Renewal Democrats of Zimbabwe president Elton Mangoma as well as some local journalists have, in the past, fallen victim to the Vanguard.