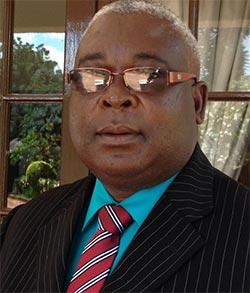 MDC-T MPs have condemned Finance minister Patrick Chinamasa for rushing the debate on the 2017 national budget.
The legislators accused the Zanu PF-led government of prioritizing party business ahead of more important national issues.
The protest followed Chinamasa’s approved motion to extend debate by two hours from 5 pm to 7 pm—a move meant to expedite the adoption of the Finance Bill which operationalizes the budget presented beginning of December.
Parliament has just six days left to debate and adopt the budget, according to the constitution.
MDC chief whip Innocent Gonese said it was unacceptable for government to continue in the manner of rushing such critical debates to compensate for time lost to party conferences.
“If you schedule your party conferences towards the end of the year when we should be dealing with important matters which are affecting the nation, it means that we are losing the plots,” Gonese told parliament on Tuesday.
He added, “This is something which has been happening time and again.
When the Budget was presented, we did have some time to have deliberated on the issues without rushing through the process.
“We are not going to be able to make the necessary suggestions and perhaps the necessary input where the Minister will have time to reflect upon what would have been raised but because we have run out of time, the Minister will simply want to pass it through so that we are in compliance with the relevant provisions.”
MDC-T vice president Elias Mudzuri threw his weight behind Gonese saying extending the time compromises reasonableness of contributions as the house would be tired
“Our difficulty is that when we stretch our days to the end, people get tired. There is what they call incised meeting returns and at the end of the day, we will not have deliberated enough to ensure that we have a reasonable Budget to run the country,” he said.
Zanu PF holds its annual congress every December soon after the presentation of the national budget making it difficult for the house to debate the bill before the festive holidays.Advertisement