PRIMARY elections for the Nelson Chamisa-led MDC-T party were this weekend marred by organisational chaos and incidents of violence resulting in the votes being called off in some constituencies.

The party was this weekend balloting to choose candidates for harmonised elections which are expected in July.

In Harare’s Budiriro suburb, youths from Ward 43 blocked people from voting and closed the entry gate to the community hall resulting in the elections being postponed.

The youths were against the selection of one Machingauta whom they claimed had been imposed by officials.

In other areas such as Mbare, Mabvuku and Glen Norah, the primaries had to be abandoned.

Candidates later gathered at Morgan Tsvangirai House in central Harare where party chairman Morgen Komichi battled to resolve some of the concerns.

Sitting MP Tapiwa Mashakada’s vehicle was stoned by angry supporters in Waterfalls after one of his bodyguards allegedly pushed and slapped a party member. 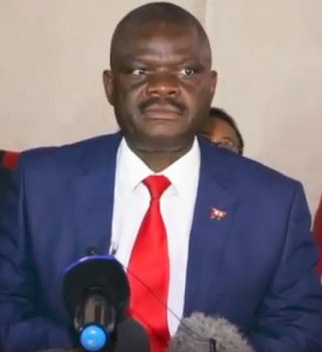 In Epworth, unconfirmed reports claimed that violence broke out after one of a candidate’s names was not found on the ballot papers.

Speaking late Sunday, Komichi admitted that there were “logistical” problems in certain areas.

“So far primaries are going on very well,” he said.

“Primaries started in Matabeleland South, later in Bulawayo and Matabeleland North. Of course, where there is competition, challenges are bound to be found here and there, but these are manageable.”

“In Mashonaland West, East, Manicaland, elections have gone very well.  In Harare we started late due to logistical problems but, as we speak, in some wards elections are going on now.

“We are yet to receive results from other wards and constituencies. Since it is now late, we will continue and reschedule.”