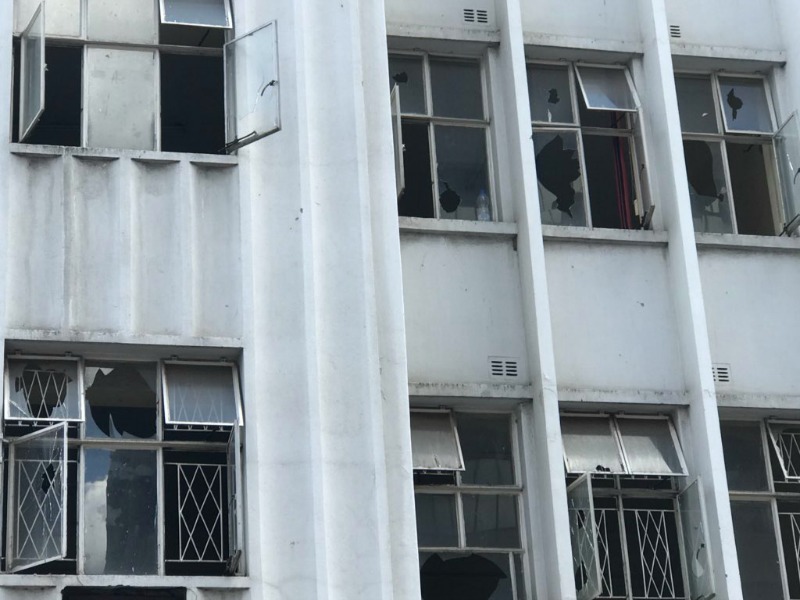 MDC-T workers at the party’s Harvest House headquarters have appealed for financial donations from party followers and other well-wishers so they could acquire detergents to clean up the now Morgan Richard Tsvangirai House which has been ridden by filth, some of it generated from recent police raids.

They are targeting a total $1000 but have just managed to raise just $70 from a week-long appeal for donations.

Blessing Karembera, the workers and volunteers group leader, said the money will be used to purchase some detergents for the deteriorating facility.

“We are aiming to reach $1000,” he said, adding, “We will use the money to hire a skip for loading broken glasses, rubble and broken furniture caused during Zimbabwe Republic Police raids.”

He was referring to a recent police raid at the party HQ in which dozens of police officers conducted a search and also arrested some party activists who had sought refuge after having been accused of taking part in the August 1 demonstrations which saw the military shoot and kill 6 in Harare’s CBD.

Karembera continued, “We will also buy brooms, mops, detergents, bulbs and toiletries. Part of the money will also be used to buy food for volunteers who will be cleaning on the day.

“The facilities are not in good shape and with your donations, this will help us to work on a clean and healthy environment.

“I am kindly asking you to stretch your helping hand further for this course.”

The MDC-T building in central Harare, whose facilities were never created for large numbers of people, has been a hive of activity in the recent past as the party prepared for the July 30 elections.

In 2008, the building was virtually turned into a safe house for dozens of party supporters who were fleeing political violence in parts of the country with entire families living there.