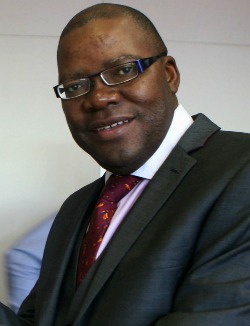 THE political cloud in Zimbabwe has appeared heavy, ready to burst into rain, for a long time now. It has been full of promise for change coming. Recently the two major political players, Zanu PF and MDC T, have been engrossed in some form of brutal renewal calls. In Zanu PF we have seen covert jostling for positions as factions engage in fights in anticipation of the retirement of their highly decrepit leader. The MDC is where the fight has been hot and public. To me, this is the clearest signal that there is a serious re-configuration of the politics in our country. The biblical fig tree is beginning to blossom. It is no longer politics as usual.
In this article, I will focus on the MDC fight which is where renewal is needed most. They have lost elections; whether rigged or not is not the issue. The failure to wrestle power itself is sufficient for choruses of renewal to reach crescendo levels. For Zanu PF, in their own wicked way, they have succeeded. They took land and allocated it to themselves. Under the guise of indigenisation, they have taken over businesses and allocated them to their cronies while the rest of the people can only see poverty and more poverty as they head into the future.
The called for renewal is a noble call. The MDC, under Morgan Tsvangirai, has waited for Zanu PF to disintegrate on its own or negotiate itself out of power; that will never happen. We cannot sit and expect different results while we use the same formula that has not worked for 15 years. Many people saw this change coming. They sacrificed their limbs and some even their lives. All these sacrifices cannot go in vain. Renewal is the answer. Those that have failed must be told to leave. If they refuse they must be dragged, kicking and screaming. A new course has to be charted. In that regard, Tendai Biti and others have chosen the right path which every Zimbabwean yearning for real change in their lifetime must embrace and support. These are brave men and women who love their country enough to do something even if it is at a huge risk to themselves.
Tsvangirai has been widely criticised as a weak leader who lacks both depth and tact to bring change in Zimbabwe. His greatest attribute is charisma. That too is important. But, it is not as important enough by itself, especially given that the fight is to dislodge, not only Mugabe the person but Mugabe (or Zanu PF) the system that has entrenched its roots and tentacles on all national structures to such an extent that it has become a dictatorship. This system has the support of some great, albeit wicked, minds who sit down to plot the perpetuation of the regime.Advertisement

Now is the time to move away from the politics of personalities and slogans into politics of ideas and strategic engagement? The opposition will never attain power though sloganeering and raining insults on Mugabe. There has never been any political party that has got into power by contesting election results. This battle must, of necessity, be a battle of ideas just like what became of the liberation struggle.
I have watched with horror as Tsvangirai’s spin-doctors try to fight the renewal of the MDC. How can one fight the future? Even academics who defend him have failed to conjure any rational debate apart from behaving as trance-hypnotised mediums devoid of any coherent argument apart from the claim that Tsvangirai has the people and the accusation that any renewal will be an attempt to derail the democratic struggle.  What further derailing does this current struggle need? It has already derailed itself by failing to achieve the intended results.
These spin-doctors fail to tell us why Tsvangirai has the people. It might be true that he has a substantial following as demonstrated by the attendance at his rallies. But, as the incumbent, is it not to be expected that he would have people following him? He belongs to the past and by definition the past has people. Incumbency is one of the powerful forces in politics.  The renewal movement, being an attempt to define the future, offers much more than the system that has failed in the last 15 years since the formation of the MDC in 1999. Reading and listening to the renewal message, one gets the sense of a clear agenda and direction that has the capacity to take the opposition movement forward.
Tsvangirai has demonstrated by his style of leadership that he is a dictator who could be worse than any dictator we have seen in Africa. There is no worse dictator than one who scuttles ideas and debate and descends with full force on any member who dares raise pertinent issues. Should this generation participate in the making of another dictator? Here we have a politician of the calibre of Zambia’s Chiluba, who, out of lack of depth, dragged Zambia to unprecedented poverty. All he had was charisma, high heeled shoes and an empty head. The risk is dangerously big.
Renewal calls have substance and strike a chord even with many silent voices who have decided, out of cowardice, to be inclined towards Tsvangirai. These people are aware that the MDC under Tsvangirai will never assume power in Zimbabwe but out of fear of change have opted for the easier route of zipping their mouths and tying a very dark blindfold around their eyes in the hope of preserving the little that currently exists. Being content with their second place, they have openly declared that they are the main actors in Zimbabwean politics. The people of Zimbabwe must not let the losing game persist in Zimbabwe opposition politics.
Is it not time to develop and encourage strategic partnerships and alliances that will provide both ideas and platforms to enable the creation of a winning team that takes the democratic fight to better levels? We have witnessed the MDC losing strategic partners to the cancer of the politics of personalities that kills team spirit and idea generation. This is the message of the proponents of renewal. We, the people of Zimbabwe, have created the cult of Tsvangirai just as Zanu PF created the cult of Mugabe. It is time to create a new paradigm that transcends personalities; one based on ideas, policies and strategies that work. We have to rescue the democratic struggle from perpetual failure.
The GNU stint saw Biti and Mangoma emerging as some of the most brilliant voices that earned respect even among Zanu PF itself. Let the small fire light up the country and we shall see a huge giant that has the capacity to bring back the fortunes of our great nation. Those who refuse to be part of positive change will become victims of the same change because change embodies the future.
Mbango Sithole is Zimbabwean commentator currently based in South Africa. E-mail address sithole70@yahoo.com