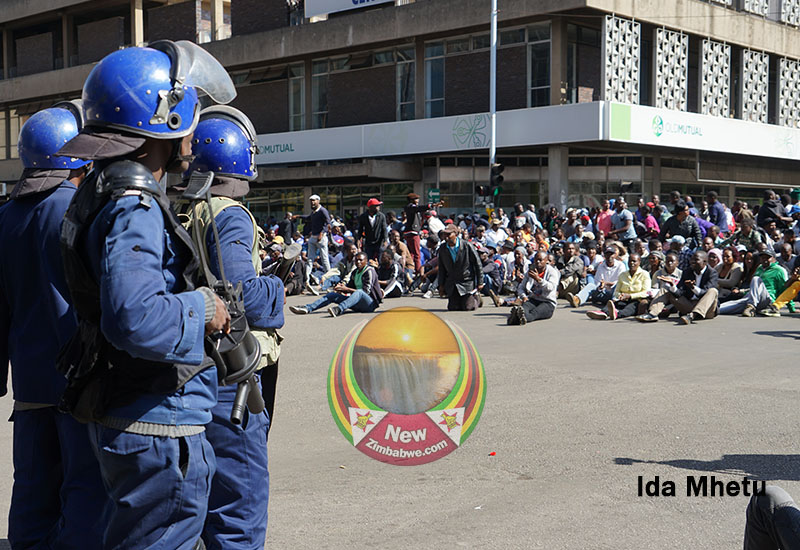 Another MDC top official was Friday taken to court for failing to stop a few arrogant protestors from demonstrating against the government.

The opposition’s deputy organising secretary Sibusisiwe Budha appeared in court charged with failing to comply with a prohibition notice issued by the police which banned the August 16 demonstrations in Harare.

A few people tried to remain in the streets after the High Court ruled the protests could not proceed.

The State said Budha and the party’s organising secretary, Amos Chibaya who was first arrested should have stopped the protestors who have since been arrested and taken to court.

Budha is being charged with violating Section 26 (11) of the Public Order and Security Act Chapter 11:17.

Bhudha appeared before Harare magistrate Barbara Mateko who released her on $400 bail with State’s consent.

“The accused is hereby ordered to report once a month at CID Victoria Falls, to reside at her given address, to surrender her passport with the clerk of court and not to interfere with witnesses,” said Mateko in granting Budha bail.

Through her lawyer Nontokozo Dube, Budha successfully applied that her record be married with Chibaya’s who the State cited as her accomplice.

According to the State, on August 6, Budha and Chibaya who is already on remand, notified the regulating authority for Harare central police district of an intended public demonstration which was to be held on August 16.

It is alleged that on August 15, the two were served with a prohibition notice in terms of Section 26 of Posa.

On August 16, the duo allegedly caused members of the public to gather for a public demonstration in the Harare Central District (CBD) in defiance of the prohibition notice.

The State alleges that the two, as the core conveners of the said public demonstration, failed to comply with the prohibition notice.

The failure allegedly arises from the fact that they did not stop the public from demonstrating when they had a legal duty to do so.