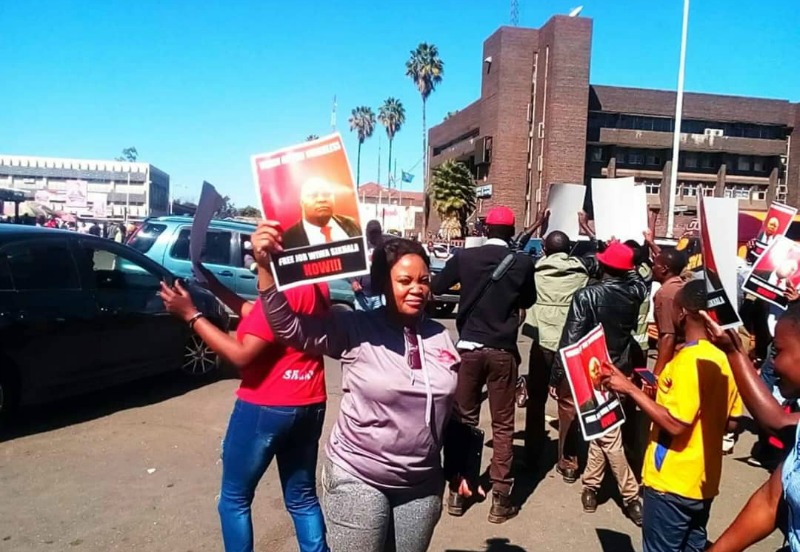 SOME anti-riot police were Wednesday deployed to drive away dozens of MDC youths who staged a demonstration against the arrest and prosecution of party vice chair, Job Sikhala.

Sikhala, the party’s MP for Zengeza West, was arrested Tuesday and detained overnight for allegedly threatening to overthrow President Emmerson Mnangagwa during a party rally in Bikita on Saturday.

He was set to appear in court later on Wednesday to answer to subversion charges.

However, youths who could have number up to 50, went to Harare Central police carrying placards while demanding the unconditional release of the top party official.

Youth Assembly spokesperson Stephen Chuma told NewZimbabwe.com that they were demanding an end to arbitrary arrests of their leaders.

“We are demanding an end to arbitrary arrests of our leaders, this cannot continue.

“The state has seen it fit to call armed officers for us yet we are just exercising our right to protest,” said Chuma.