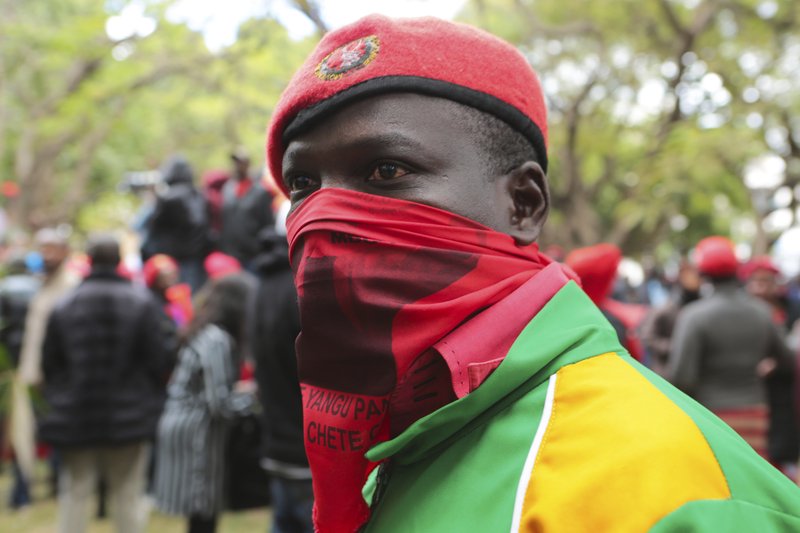 THE MDC Alliance Youth Assembly has come out guns blazing, calling Zanu PF youths to order and saying they should cease with immediate effect the use of the opposition party’s regalia for committing ‘terrorist’ acts.

The threats were made after a group of suspected Zanu PF youths were bussed Tuesday to SAPES Trust in Harare to disrupt the launch of a book – Excel-gate – written by exiled former Cabinet Minister, Jonathan Moyo.

“We are deeply concerned by the sad developments that took place at the SAPES Trust at the launch of Excel-gate, a book written by Prof Jonathan Moyo, which exposes how Zanu PF rigged its way to power in 2018 with the help of the dirty hands of a compromised Zimbabwe Electoral Commission,” the MDC Alliance National Youth Chairperson, Obey Sithole said.

“I am reliably informed that some hired youths who were clad in MDC regalia disrupted the event in a desperate attempt to mislead the nation and world at large that the violent and disorderly conduct was a product of the MDC Youth Assembly,” he said.

Sithole dismissed any MDC youths were involved in the unruly act.

“Those involved in this regretful act are not part of the MDC. Our intelligence has revealed that Zanu PF members of the notorious Kwekwe based Mashurugwi group of terror, hired by one Owen Ncube were impersonating the MDC. This is a dangerous game, they must stop.

“Mnangagwa’s blue-eyed boys must stop taking advantage of the man-made poverty in our midst to use their ill-gotten wealth to send youths for unruly errands, these youths require sustainable jobs not anything short of that.

The disrupted event saw diplomats and local residents gathered for the event, scurrying for cover after the youths produced sjamboks in a bid to the invited guests.