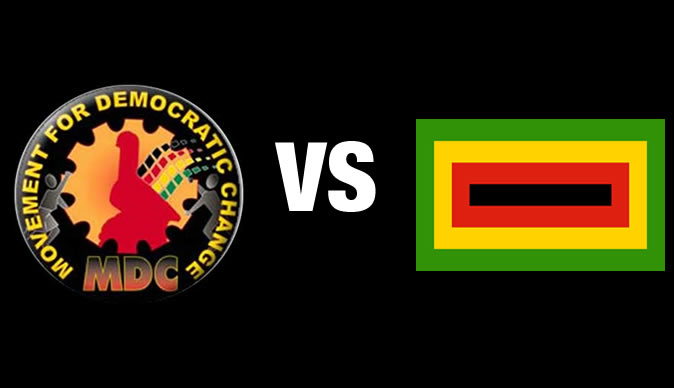 Tsenengamu was speaking at a press conference barely three days after he was slapped with a year-long suspension for speaking “unprocedurally” against corruption where he publicly named close allies of President Emmerson Mnangagwa as corrupt.

“We have pinpointed these individuals (Kuda Tagwirei, Billy Rautenbach and Tafadzwa Musarara), yes, but there are other activities that are happening elsewhere, and this is not just confined to those linked to Zanu PF.

“I was reading in the papers that some millions went missing or were abused in a certain political party,” said Tsenengamu.

There were reports this week that the MDC is carrying out an audit after over $2 million from the party coffers was stolen.

“So this (corruption) is everywhere; these parties are twins. So that mentality of saying let them deal with their own problems is not right, this is our problem, look at what is happening there,” said Tsenengamu.

Meanwhile, Tsenengamu has revealed that he and Matutu will be using a new organisation, Zimbabwe First Agenda, to push for dialogue between Chamisa and Mnangagwa on 21 February.

He said there was need to question the two leaders’ unwillingness to meet and dialogue since they were equally responsible for the economic and political mess in Zimbabwe.

Said Tsenengamu: “The solution to Zimbabwe’s problems lies within all Zimbabweans but we have to be honest and accept that the Zimbabweans for now are in two places, in MDC and Zanu PF.

“The mess we find ourselves in is on the shoulders of our two dear political parties. Why is it difficult for them to meet? Does it require for Zimbabweans to get into the streets and demonstrate?.

“I am not calling for a GNU (government of national unity) and I am not against a GNU. Why not sit with fellow brother? The situation out there is threatening and we all are losers. If our leaders don’t act now, all of them will be at the risk of being on the wrong side of history. You are part of the mess,” he said.

He claimed there were hardliners in Zanu PF and the MDC who don’t want to see Mnangagwa and Chamisa in dialogue and solve the current crisis.

“These two leaders face extinction if they are not careful. They are being cheered to the graveyard. If Mnangagwa and Chamisa meet, will someone melt?

“The solution does not need (former South Africa President Thabo) Mbeki. I am going to appeal to my leaders in the party and knock some sense into their heads. I am not joining the MDC, but I don’t recognise Obey Sithole (MDC youth leader) of the MDC as an enemy. I don’t recognise Chamisa as an enemy,” said Tsenengamu.

Mbeki, the broker of Zimbabwe’s unity government of 2009-13) was in Zimbabwe in December last year and met Chamisa and Mnangagwa including other political parties to try and find a solution to Zimbabwe’s challenges.