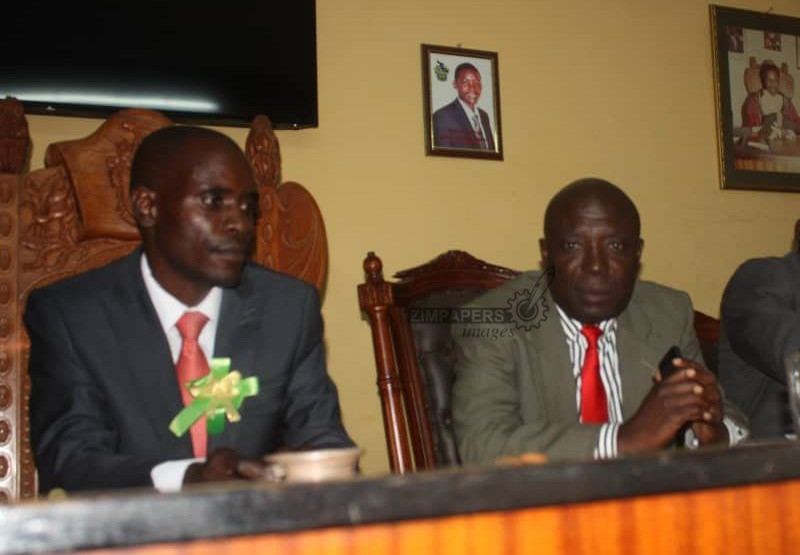 CHEGUTU mayor Henry Muchatibaya has described the expulsion of MDC Alliance secretary-general and Kuwadzana East MP from Parliament, a relief as the latter had written to the Local Government Minister, seeking his dismissal as mayor and councillor.

Muchatibaya was among several councillors and mayors Hwende was going after before his hatchet job was unexpectedly stopped following his expulsion from Parliament following a request for recall by reinstated MDC-T secretary-general, Douglas Mwonzora.

According to Mwonzora, Hwende is no longer a member of the MDC-T. Three other MPs, Prosper Mutseyami, Lilian Timveous and Tabitha Khumalo, were also expelled from Parliament last week after Mwonzora sought their recall on the same grounds.

However, Muchatibaya seems to have survived the chop as Local Government Minister July Moyo did not take any action following Hwende’s request seeking his expulsion as both councillor and mayor of Chegutu Town in Mashonaland West province.

The mayor had been expelled from the MDC Alliance in August last year and according to him, he was fired for advising MDC Alliance president, Nelson Chamisa to respect the people’s wishes. However, Muchatibaya is understood to have blasted the MDC Alliance on its planned August 2019 demonstrations against President Emmerson Mnangagwa’s government.

Hwende went on write to Moyo advising him to remove Muchatibaya from the council.

“After that, I was immediately labelled a rebel,” Muchatibaya told NewZimbabwe.com.

“I am one of the mayors they wanted out. However, the law served me. They failed. I once told them that the will of the people will prevail but they termed me a rebel,” he said.

Contacted for comment, MDC Alliance deputy secretary for local government, Clifford Hlatswayo confirmed that Moyo did not take any action to expel Muchatibaya as mayor and councillor when the request was brought before him by his party.

“The Minister of Local Government is yet to effect the party’s directive to recall him. He was expelled from the party. Our party wrote to the minister seeking the expulsion of Muchatibaya from the council,” he said.

However, expulsion from the party has since been nullified by Mwonzora.