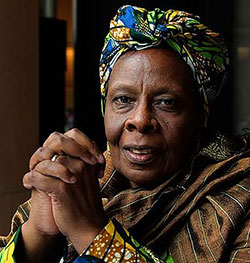 IF there is anything that the MDC-T and its twin offshoots led by Mai Holland and Professor Ncube are offering the people of Zimbabwe at the moment, that thing is confusion.
The sad reality is that the opposition is contributing to its own continued demise more than ZANU-PF and the alleged abuse of state apparatus have ever done. The opposition house is literally crumbling to ashes because its leaders have decided to burn it down in the name of going after an intruding snake.
We have by-elections coming up in June, and the plebiscite was parented by the egoist Tsvangirai/Biti war, and right now Tsvangirai commands the bragging rights of having gunned down Tendai Biti, never mind to the great benefit of the arch-enemy ZANU-PF.
We read that the MDC-T resolved not to participate in the scheduled June by elections, and it is also reported that the move is in the spirit of sticking to principle, upholding an earlier Congress resolution that the party would not be participating in national elections “until electoral reforms” are implemented.
This is a voluntary submission to electoral defeat, of course coloured in what is hoped to be political rhetoric impressive enough to fool the electorate or, at best, overawe international observers into the solidarity so much hankered for.
The boycott of the pending by-elections is a very convenient escape route from the inevitable humiliation that is most likely to come through participating, and there are reasons to support this.
In the by-elections held so far in Harare and elsewhere, in which the MDC has participated, especially local government ones, what has been happening is that ZANU-PF has managed to mobilise their supporters to come back to the polls, and MDC-T supporters have not seen any reason to retain any of the seats, lost in whichever way since ZANU-PF has two thirds majority in the bag anyway, garnered from the 2013 romping victory.
The MDC-T knows that ZANU-PF is likely to grab all the seats on offer, not exactly because MDC-T supporters will be crossing the floor, but mainly because they will simply not bother to participate in the by – elections. A good example is the by election that took place in Mbare Ward 12 last year, pitting Albert Mponda of the MDC-T and Maureen Nyemba of ZANU-PF, among others.Advertisement