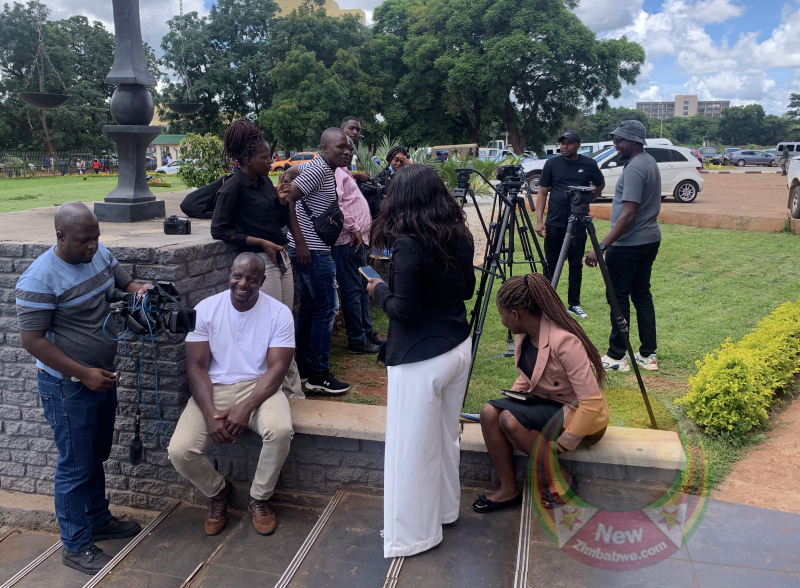 INTERNATIONAL and local media houses were Monday denied entry into a Rotten Row courtroom where 25 Citizens Coalition for Change (CCC) activists were appearing for their initial remand after their arrest on Saturday.

The activists were arrested in Budiriro, Harare for holding an internal party meeting. They are being charged with participating in a gathering with intent to commit public violence.

According to police, their meeting unsanctioned meeting and violated the Maintenance of Peace and Order Act (MOPA).

Journalists who intended to cover the court case were manhandled and dragged out of the court despite having produced their accreditation.

Only two state media reporters were given permission to cover.

The police officers kept shouting and threatening journalists who were outside the courtroom.

The Media Institute of Southern Africa (MISA) Zimbabwe chapter condemned the behaviour of the police.

MISA said journalists should be treated equally regardless of the media house they represent when it comes to coverage of public events.

“MISA Zimbabwe reiterates its call for the State and all institutions to ensure that they promote equality and non-discrimination as espoused in the Constitution.

“This includes, ensuring that at all events and circumstances where media coverage is allowed, all media houses are provided an opportunity to undertake their professional duties.

“In that regard, the Police should therefore not selectively apply their directives to some journalists while excluding others. This frowns upon the principles of media pluralism and diversity,” said MISA in a statement.

“As the YOJA we are totally against what happened today where the media was barred from attending the court case of the arrested CCC  members.

“That was totally unacceptable because the media has the right to gather news and as the association we will get in touch with other stakeholders and address such issues to make sure they are not repeated.

“The courts are journalists’ work place and they have rights to attend any court unless if it is highlighted within the constitution and laws that this court case is not supposed to be covered but as far as this is concerned, they had a right  to cover and we are totally against it,” Zimunya said.