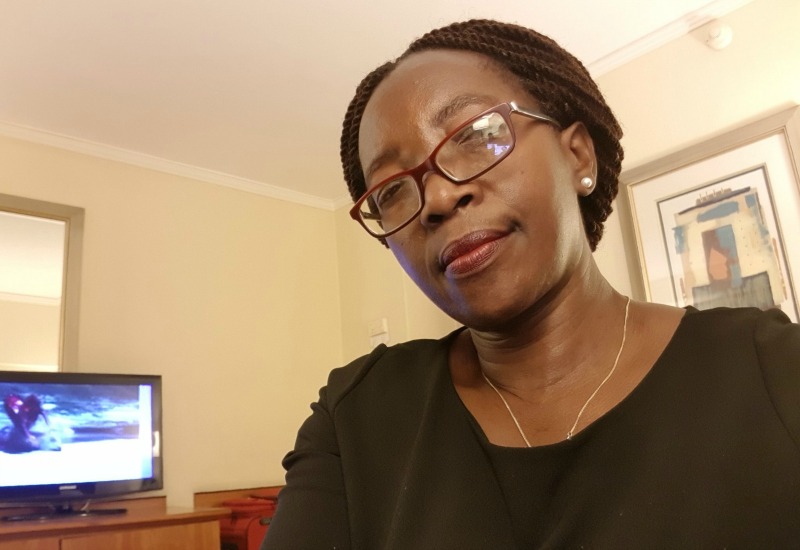 Makwanya, a celebrity journalist, was diagnosed with high blood pressure on Thursday last week and was admitted at a Harare private hospital for treatment.

The late ZBC diplomatic correspondent’s condition suddenly deteriorated on Monday evening when she suffered a stroke.

Government said it was saddened by the journalist’s death.

“Government learns with sadness of the untimely passing on of Diplomatic Correspondent Ms Judith Makwanya. Judith served her country with distinction and was one of the journalists placed on the sanctions list which became a Roll of Honour for Patriots. May Her Soul Rest in Peace,” wrote the Information Ministry on its twitter page.

The long-serving journalist travelled the world with former President Robert Mugabe and is remembered well for being part of a handful local state media journalists who were once put on the EU sanctions list which was dominated by Zanu PF politicians.

Former Chronicle editor Mduduzi Mathuthu also wrote, “Judith Makwanya was actually very nice and kind. Unfortunately in our polarised political existence every human relationship is looked from a political perspective. So sorry to learn of her death, my heart goes out to her grieving family and colleagues RIP my sister.”

“She was a committed media practitioner and an inspiring voice who challenged crude gender barriers in Zimbabwe’s fledging broadcasting industry,” he said.

ZBC chief executive officer Patrick Mavhura expressed deep shock on the sudden passing of one of his colleagues.

“We are deeply shocked and saddened at the passing on of Judith Makwanya, a giant of Zimbabwean broadcast journalism and one of our longest serving members of staff. Judith was a gifted and hardworking professional, unflinching patriot and a truly wonderful person,” he said.

Mourners are gathered at 98 Zambezi Flats in Harare’s Mabelreign area.

Details of her burial will be announced later.