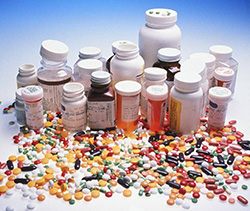 STRUGGLING pharmaceutical products distributor Medtech Holdings will dispose of its loss-making units after posting a $1 million loss for the full-year to December.
Medtech, a perennial loss maker, is weighed down by high operating costs and underperforming units.
The group’s external auditors, AMG Global Chartered Accountants have also raised a red flag about the company’s status as a going concern, prompting a board decision to sell loss-making units.
Its manufacturing division Zimpharm stopped operating nearly three years ago, a victim of the poor economic environment that saw several local pharmaceutical companies go under.
“Measures will be implemented to return the group to profitability in the short to medium-term… disposal of the medical segment which has been a major contributor of losses to the group,” Medtech said in a statement.
The group is also considering the disposal of Smart Retail.
Revenue declined to $14,3 million in the year from $15,6 million while the loss widened to $1,2 million from $600,000 in the previous year and $326,000 in 2012.
“The group’s external auditors were unable to verify the existence of certain inventories with a carrying amount of $945,096 included in the statement of financial position relating to Smart Retail,” the group said.
“Management did not manage to count the inventories as at December 31, 2014 due to computer system error in the inventories module which resulted in the mismatch between the general ledger and the inventory valuation report.”Advertisement