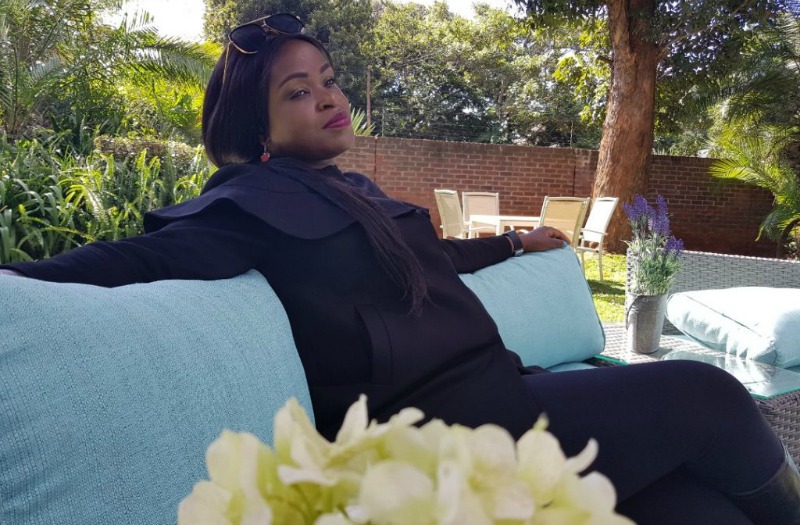 As the Women’s month 2019 draws to a close, for most women it feels like the first time women have experienced recognition and appreciation of this magnitude.

It appears a special wave of attitude change is sweeping across our world and indeed our country.
There have been several meetings, seminars, workshops, conferences and other informal gatherings in celebration of women.

“We have to fix what’s broken in our society”; that seems to be the general consensus across the gender divide.

Therefore, as contribution to fixing what is broken in our society and recognising and celebrating women, we focus on one woman who is trailblazing in one of the most influential industries in the world. She is a superwoman at the top in the male dominated world of advertising in Zimbabwe.

Her name is Juliet Makaza better known as Jules. She is the Founder and Managing Director of Urban Afrika Media which is one of the top 3 accredited advertising agencies in Zimbabwe and the fastest growing.

Out of the top 10 accredited advertising agencies in Zimbabwe, Urban Afrika Media is the only accredited ad agency founded and managed by a woman. We got her views on a wide range of issues related to her industry because we feel the stories of women’s participation in the advertising industry in Zimbabwe must be included in the historical narrative.

Sadly, the media, the scholars and the researchers have paid limited attention to such extraordinary females making waves in the advertising industry in our country.

Q: How difficult is it for a woman to start and run their own advertising agency?

Starting an ad agency is not difficult at all. However, running it profitably is the greatest challenge. Not that women have no skills to manage a successful ad agency. Our male counterparts who dominate this industry globally have created deliberate structures and systems that disempower, oppress and frustrate any woman attempting to challenge male domination in the advertising space. This is why we only have 0.1 % of ad agencies worldwide owned by women. Men in this industry are ruthless and will abuse structures and systems to pull you down.

But women are resilient and determined. They have been pushing for a voice in this industry as far back in time as 1880 when Mathilde C Weil started the MC Weil Agency. 90 years later in 1970, the famous Barbra Proctor founded Proctor & Gardner, becoming the first black woman in the world to own and operate an accredited advertising agency. Sadly, in October 2018, Barbra passed on. Her legacy lives on and to us she is what Philip Kothler is, to marketers.

Q. So what is the situation in Africa?

In Africa it’s really bad. I will give a personal example. If Urban Africa is owing just as little as $20k to some media house, 90% of the males in the industry make it their full time job to push for blacklisting even if there will be other ad agencies owning 10 times more than Urban Africa. We live with this all the time.

Ironically, this now works to our advantage in the sense that as they focus on strategies to destroy Urban Africa, Urban Africa is focusing on strategies to make customers happy, effective pitching and winning new contracts. As a result, some agencies when they hear that they are pitching against Urban Africa, they withdraw. It’s so sad. Other women in the advertising industry in Zimbabwe include Thembe Khumalo of Brandbuilder and Sharon Mugabe of Imago Y & R. Outside of these, there is no record of female owned accredited ad agencies in the top 10 that I am aware of. However, in Zimbabwe we are fortunate in that there is so much support from the wider female business community and other progressive, highly professional, mentally stable and very secure male counterparts outside of the advertising industry.

Q. How do you balance all of this with family life?

In my opinion, it’s really not about balancing out. Rather it’s about a clear understanding and knowledge of what time it is. Is it work time, is it husband time, is it baby time and is it kids time? Whatever time it is, you give 100% of yourself and no balancing out. Every facet requires 100% of your time. Yes, some describe this as a balancing act but I would like to view it as effective time management. I make time to relax with my family, we like travelling particularly road trips, we like fishing and just enjoying our lives. Dad is a fishing enthusiast, I enjoy cooking and trying out different recipes, our eldest boy is a golfer playing off scratch, eldest daughter is an athlete, younger daughter likes ballet and our 2-year-old loves his toys.

We all support Real Madrid, Caps United and the Warriors. We also like spending some weekends at our rural area in Madziwa where we are involved in farming. We are God fearing people and are members of Life and Liberty Ministries worshiping under Rev. Noah Pashapa better known as Uncle Pash. We believe in giving. Our social responsibility efforts are channeled mainly through a Christian based organisation called Youth in Touch. In a nutshell that’s my home ground which is my final line of defence to wade off all the hate, the jealous, the wickedness and malice presented daily by some of the insecure, unprofessional and shameless male colleagues in the Zimbabwean advertising landscape. The home ground is my refueling zone girded by the wonder working power of the Holy Spirit.

Q. What’s the biggest piece of advice you can give to other women looking to start their own ad agencies?

First and foremost, I would like to declare that it’s very possible and lucrative. It’s a lot of hard work and sometimes working around the clock to prepare a pitch or put together a campaign. You have to have a passion for building and growing brands through innovative strategies. You have to enjoy doing this day in and day out. However, author Ayi Dan writing on the Forbes website on the 1st of June 2016 asks a pertinent question as a title of his article: Why Aren’t Women Starting Their Own Advertising Agencies?

This development is long overdue. For decades, Madison Avenue didn’t just restrict women to the back of the bus, it actually didn’t even allow women on the bus.

So, is there gender equality on Madison Avenue? Hardly. The holding companies will claim that half of their employees are women and that 40% of the executive positions are held by them. However, there isn’t even one single woman CEO in any of the six holding companies, those advertising conglomerates that control 75% of advertising spending. And, only one woman, Tamara Ingram from JWT, runs one of the 15 global networks, after the resignation of Gustavo Martinez.

Progress, yes, but the gender gap on top of the advertising pyramid is still very real” ( www.Forbes.com\Ay Dan:June 2016).