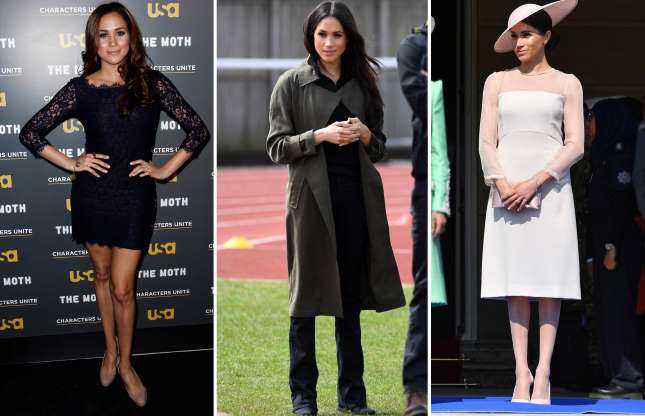 Meghan Markle looks good in her dresses, but some Brits are not happy with how much she is spending on her wardrobe.

According to Lucy Domachowski, a journalist for Daily Star, the Duchess of Sussex’s daily wardrobe on her 16-day tour of Australia, New Zealand, Tonga and Fiji costs $8,447 a day which infuriated the public.

With close to 80 engagements in four countries, Markle has had multiple outfit changes in a day. On her final day tour, Hello magazine estimated that the duchess’ wardrobe cost a massive $152, 199.

Her jewellrey alone is estimated to be $76,614. On the other hand, the shoes that she often rewore amounts to $8, 337. Markle was also seen using luxury bags like Prada, Gucci and Christian Dior which is estimated to cost $7, 383.

The figures didn’t make the Brits happy. They even branded the pregnant royal as “a national disgrace.”

“I assume an extension at the Palace is being built for all of her clothes at our expense,” one netizen wrote.

“Ten grand for a dress? Good grief,” another critic said.

Kensington Palace declined to comment on the amount of Markle’s wardrobe for the Commonwealth tour. However, they said that the dresses were paid for privately.

Although most of Markle’s outfits were costly, she also donned an affordable maternity dress at one point. When the Duke and Duchess of Sussex arrived in New Zealand, she walked down the airplane and flashed her thighs in an ASOS maternity “Wiggle Dress” that doesn’t cost so much.

In related news, Markle was also criticized earlier for always touching her baby bump. She was photographed cradling her tummy several times which many royal fans and critics found to be too much.

“I’m a #MeghanMarkle fan but seeing a lot of photos of her holding/touching/cradling her #BabyBump is just #TooMuch,” one user wrote.

“Am I the only person kinda over Meghan Markle touching and rubbing all over her baby belly?! We all know your preggers girl give it a break….. ” Alexandria Sarchione wrote on Twitter.

According to an expert, this is a natural impulse no matter what the size of a woman’s baby bump is. Also, many expectant moms are not aware that “they are instinctively ‘guarding’ their baby.”