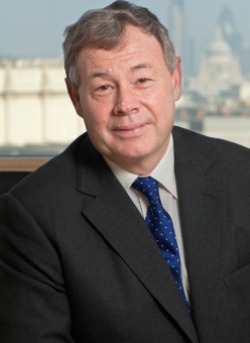 LISTED hospitality and retail group has announced the formation of Meikles Centar Mining (Private) Limited Mining as the group moves to diversify into the mining sector.
The new unit is a partnership with Centar Mining, a Guernsey-based investment group created by former JP Morgan banker, Ian Hannam, and has mining concessions in Afghanistan and Kazakhstan.
In a statement Monday Meikles said the new company would however be controlled by the Zimbabwe Stock Exchange (ZSE) listed group.
“Further to the expectation announced in our chairman’s review, shareholder agreements pertaining to our mining objective have now been concluded. A new company to be named Meikles Centar Mining Limited has been formed,” said Meikles.
“This company will be controlled by Meikles to ensure that the entity is compliant with the Zimbabwe Indigenisation and Empowerment laws.”
The group said Canter was supported by prominent and experienced investors from countries such as Thailand, Indonesia, Poland and Kazakhstan.
“It is leading the way in the development of that country’s mining industry as it emerges from years of conflict, using foreign and Afghan capital, foreign technical experts and Afghan staff,” the statement added.
The group announced last year that it had submitted applications to exploit opportunities in the country’s resources sector with the first mine expected to be operational in 2014.
“We plan to have at least one mine in operation in 2014,” the company said.
“We have signed a memorandum of understanding, which will shortly become a full shareholders’ agreement, with a substantial technical partner to pursue these opportunities, including the provision of necessary capital, skills and expertise in the mining.”
Meikles group revenues for the 9 months to December 2012 increased by 16 percent over the same period in 2011, driven by increased volumes and margins.
Group costs only showed an increase of three percent and, resultantly, operating profits showed a significant improvement compared the previous year.Advertisement