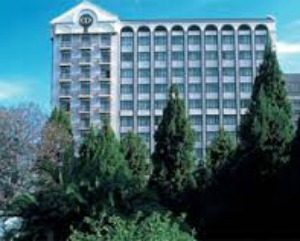 MEIKLES chairman, John Moxon on Sunday insisted that the group was owed $90 million including interest by the central bank, funds which he said were proceeds of foreign investment deposited with the bank under duress.
The hospitality and retail group was suspended from trading on the bourse last week but the suspension was revoked on Monday morning.
In a statement published on the company’s website, Moxon said Meikles had agreed with the central bank on interest of eight percent per annum compounded and backdated to January 1998.
“The Reserve Bank of Zimbabwe has for a long period been a delinquent debtor to Meikles as it has failed to perform in terms of returning the funds owing to Meikles despite demands appropriate to the return of a call deposit,” he said.
Moxon said although they had agreed to the arrangement, the interest gained was at a lower rate than the cost of borrowing to the firm.
Information in the RBZ Bill shows that the central bank’s principal debt to Meikles was $25, 882,099.77 in 1998 but shot up to $47,044,440.70 at the end of 2013 after inclusion on interest, charged at a rate of eight percent per annum.
However, Moxon disputed the figure claiming the schedules presented to Parliament on the extent of Reserve Bank of Zimbabwe’s indebtedness to third parties, was “completely inaccurate insofar as the sum owing to Meikles is concerned.”
“The sum due to Meikles had indeed increased to $90 million due to the agreement on interest referred to above,” he said.
He said RBZ had committed 76 million of treasury bills and other payments in writing, but had not yet been received in full, adding that the group was within the 90 percent of achieving its target receipt.
“Put differently the outstanding sum to be negotiated represents less than five per cent of Group gross assets. Noise made by the detractors has not been helpful to the conclusion of this matter,” he said.
The listed firm’s debt issue came under spotlight early this month when Bikita West legislator, Munyaradzi Kereke, a former advisor to the then central bank governor, Gideon Gono, accused the hotel group of inflating the figure to manipulate its stock price.
But Moxon claims Kereke, “a man unknown to Meikles and who has never had any interaction with Meikles saw fit to publicly accuse Meikles and by default all those mentioned above as guilty of fraud due to his personal but uninformed opinion of the Group Financials.”Advertisement

Bulawayo South lawmaker and Meikles minority shareholder Eddie Cross, who is also a member of Parliament’s budget, finance and economic development committee, recently came under criticism from the group on allegations of using knowledge gained through public hearings on the debt issue to influence other shareholders during the Meikles annual general meeting held in last October.
Moxon said the move to suspend Meikles from ZSE last Friday was based on statements by the two whom he constantly referred to as the group’s “detractors.”
The decision, he added had been implemented without any interaction with Meikles and did not comply with its own rules of engagement.
On Monday, ZSE announced that it had lifted the Meikles suspension without elaborating.
However, Moxon, had announced that they had suspended planned expansion projects including introduction of more investor capital, and listing one subsidiary on the ZSE.
“The Zimbabwe Stock Exchange, the detractors mentioned above and perhaps others have put in question an entire investment strategy for this Group and perhaps for others who are interested in furthering the economic interests of Zimbabwe,” he said.
“Meikles will be addressing the implications of the suspension, the manner in which it has been implemented and whether there is any purpose to a listing on the Zimbabwe Stock Exchange. Much debate will be necessitated with potential investors to determine their attitude to these matters.”