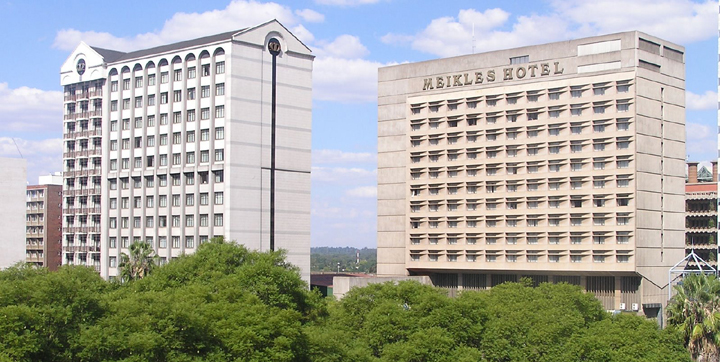 DIVERSIFIED concern Meikles Limited has reported a $34,4 million loss for the full year to March 31, 2014 from a profit of $37 million during the same period last year.
Turnover for the group increased by eight percent with all segments contributing to the increase except agriculture after Tanganda revenue declined to $21,1 million from $22,6 million in prior year.
“Bulk tea production was 8,609 tonnes, four percent below the expected 9,000 tonnes,” the group’s chairman John Moxon said in a statement accompanying the results on Friday.
He said challenging weather patterns during the year saw a reduction in the volume of bulk tea produced.
The group’s subsidiaries, TM Supermarket and PicknPay turnover was up eight percent to $360 million while Mega Mart Stores revenue increased to $17,3 million from $14,5 million last year.
Moxon said the group was looking at local and regional ventures after the hospitality subsidiary registered a five percent growth in revenue to $16,4 million.
“Recently the group was invited by the government of the Democratic Republic of Congo (DRC) to discuss potential investment and cooperation opportunities between DRC and Meikles in the areas of agriculture, hospitality and retail,” he said.
The company said it had sold Treasury Bills to the nominal value of $37,6 million and will have no further TBs to sell but was confident to receive value for the remaining debt due by the RBZ amounting to $46,2 million as at March 31, 2015.Advertisement