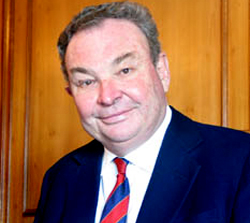 MEIKLES Limited’s revenue for the half year ended September 30 2013 rose slightly to US$190,2 million from US$189,4 million.
Management said the group results for the period under review were enhanced by non-trading income.
This income is largely investment income and is more substantial than that received in the half year to 30 September 2012. However, fair value gains on biological assets were lower than the comparative period.
Profit for the period was US$37,5 million from US$767,000.
Chairman John Moxon said operating results were affected by slow growth in the retail divisions as demand softened.
Trading in the three months to the end of June 2013 was more satisfactory than the subsequent period to the end of September 2013, which has seen deterioration in trade in the formal market.
“Revenues for the current period were marginally up on prior period. Improved earnings in Tanganda, and to a lesser extent the hotels, were off-set by lower profits in the retail divisions.  Depreciation increased due to the substantial renovation and expansion projects implemented by the group,” he said.
Interest costs were also higher due to increased borrowings to fund the renovation and expansion projects. Working capital was actively managed following improved controls on stocks, debtors and creditors.
“There has been further rationalization of the departmental stores together with a drive to create greater values in our properties. A new addition to the stores is to be launched, named Meikles Mega Market (“MMM”). This new concept will service and support the lower end of the market,” said Moxon.
The first unit will be launched in Harare in early December 2013 and will be extended to other locations next year.
“TM Supermarkets are now well advanced in their renovation initiatives and further branch expansion is under way. The substantial funding requirements were recently put in place,” he said.
The group said the second six months of the financial year ending March 2014 would be dominated by growth in non-trading income and primarily investment income.
Moxon said they were anticipating gains in investments that would be accounted for in the year end financials.
“These gains may include the South African interests, where the group has substantial performance expectations, and a first contribution from the group’s mining activities,” he said when presenting the company’s financial results.Advertisement

Short term, Meikles expects its retail divisions to continue encountering demanding environmental challenges particularly tight market liquidity conditions and low disposable incomes.
“However, TM Supermarkets will look to benefit from the renovation of its units and the expansion of its branch network, which is gaining momentum,” Moxon added.
The new stores concept is expected to provide a good addition to the group’s overall retail activities.
“Tanganda has had an excellent start to the agricultural growing season and the weather forecast for the remainder of the season is positive. The newly renovated Meikles Hotel, together with the renovation of the Victoria Falls Hotel will provide a better performance platform for the hospitality division,” Moxon said.
Meikles Limited invested in excess of US$25 million since last year in Tanganda Tea Company aimed at improving production. Currently over 1 500 farmers were under the out grower scheme where the company provide fertilizers, seed and other requirements.
Under the scheme, out growers provide their land and do all the required land preparation and buy tea seedlings from Tanganda at a subsidized rate. The company then provides fertilizer and other chemicals for which the Out grower pays from the proceeds of his crop.
Tanganda recently secured an US$8,4 million credit facility from the Preferential Trade Area Bank. The funds would go towards capital projects which include the acquisition of tea packaging machinery, agricultural equipment, product delivery trucks and development of new plantations.